15 Quotes on Kolkata which Explains its Charm 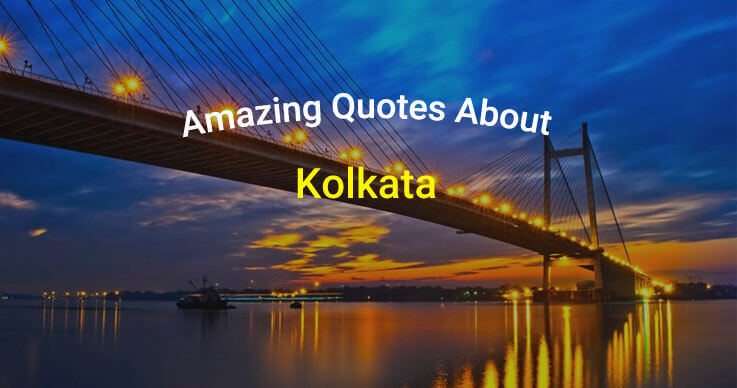 Kolkata is a destination that holds several emotions and this marvelous city is well explained by several amazing writers, poets, actors through amazing quotes. There are several quotes on Kolkata which beautifully depict the charm and elegance of this spectacular city which has several hidden treasures. With numerous historical attractions and thousands of places to tempt taste buds; this dazzling city never fails to shine. Quotes on Kolkata perfectly describes the nostalgia which this city breeds and will definitely take you to a series of memories from the past. Below is the list of amazing quotes on Kolkata which will definitely convince you to pack your bags and plan a Kolkata trip straightaway. So, what are you waiting for? Walk down the historic lanes of the city with amazing Kolkata quotes. 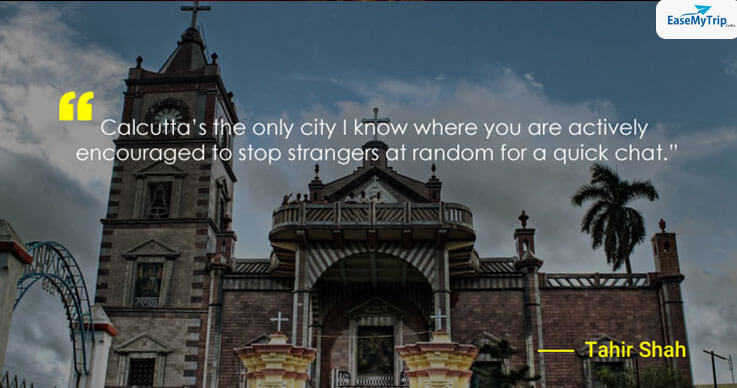 “Calcutta’s the only city I know where you are actively encouraged to stop strangers at random for a quick chat.” – Tahir Shah 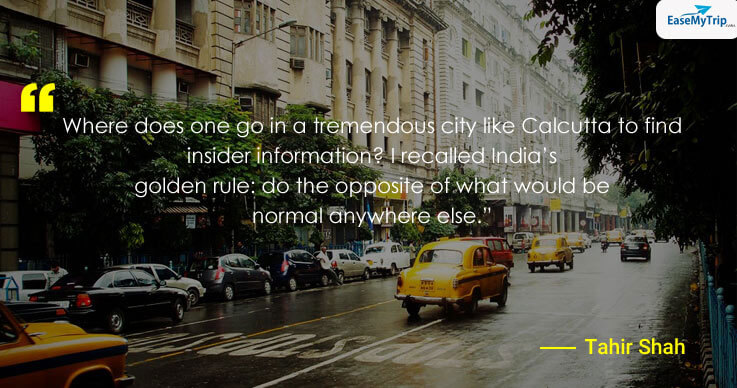 “Where does one go in a tremendous city like Calcutta to find insider information? I recalled India’s golden rule: do the opposite of what would be normal anywhere else.” – Tahir Shah 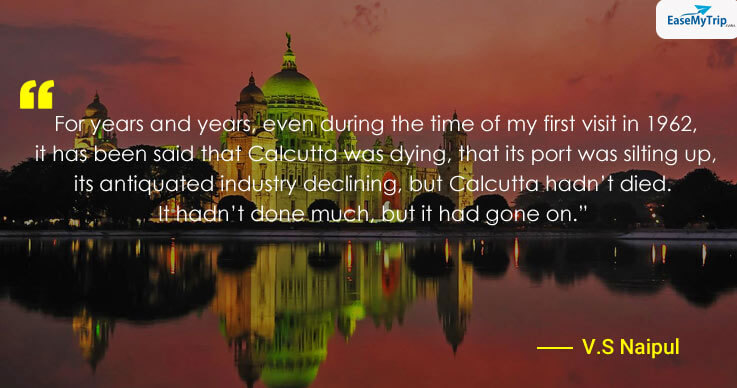 “For years and years, even during the time of my first visit in 1962, it has been said that Calcutta was dying, that its port was silting up, its antiquated industry declining, but Calcutta hadn’t died. It hadn’t done much, but it had gone on.” – V.S Naipul 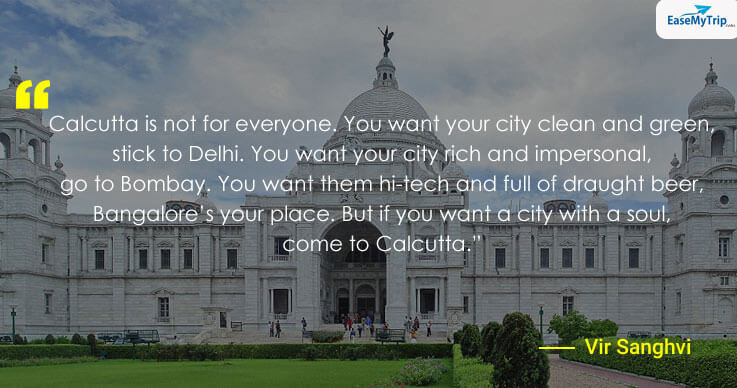 “Calcutta is not for everyone. You want your city clean and green, stick to Delhi. You want your city rich and impersonal, go to Bombay. You want them hi-tech and full of draught beer, Bangalore’s your place. But if you want a city with a soul, come to Calcutta.” – Vir Sanghvi 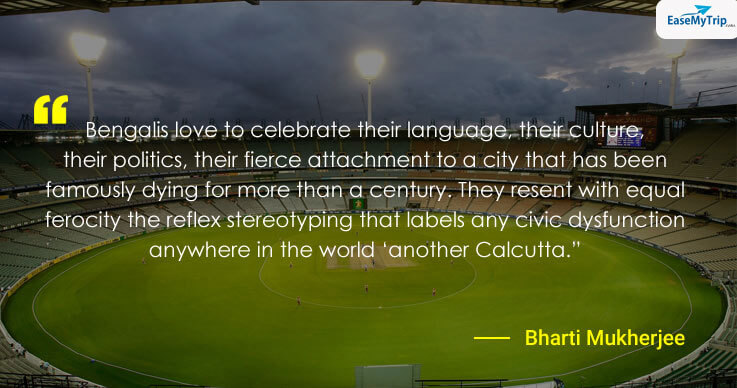 “Bengalis love to celebrate their language, their culture, their politics, their fierce attachment to a city that has been famously dying for more than a century. They resent with equal ferocity the reflex stereotyping that labels any civic dysfunction anywhere in the world ‘another Calcutta.” – Bharti Mukherjee 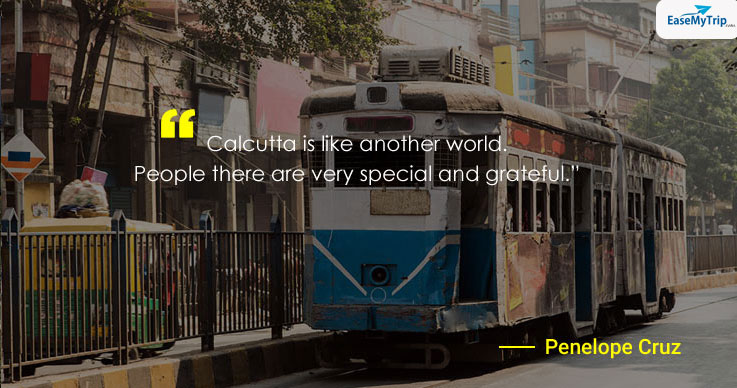 “Calcutta is like another world. People, there are very special and grateful.” – Penelope Cruz 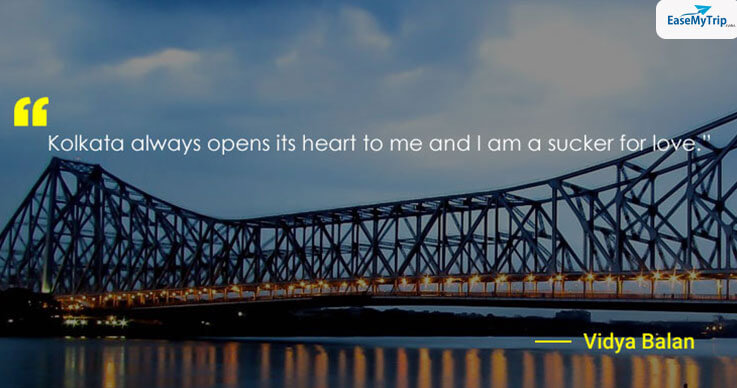 “Kolkata always opens its heart to me and I am a sucker for love.” – Vidya Balan 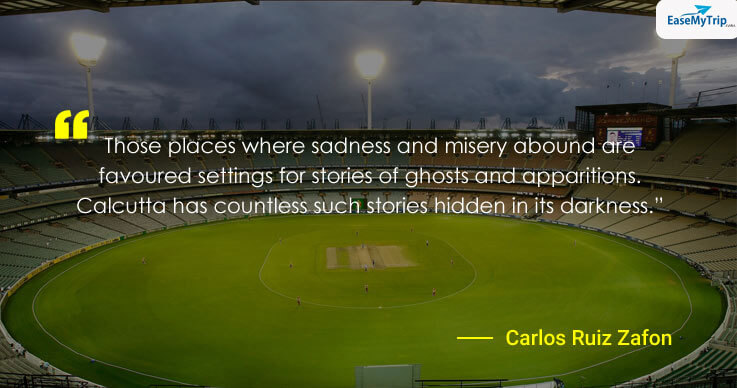 “Those places where sadness and misery abound are favored settings for stories of ghosts and apparitions. Calcutta has countless such stories hidden in its darkness.” – Carlos Ruiz Zafon 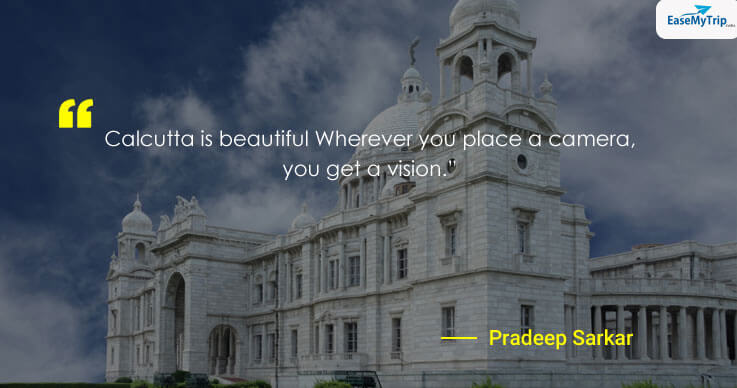 “Calcutta is beautiful Wherever you place a camera, you get a vision.” – Pradeep Sarkar 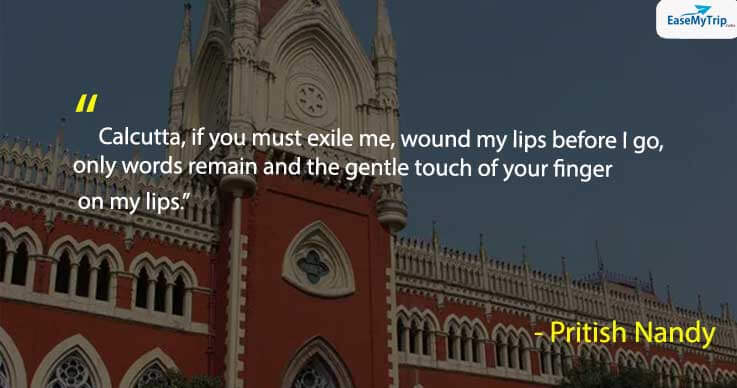 “Calcutta, if you must exile me, wound my lips before I go, only words remain and the gentle touch of your finger on my lips.” - Pritish Nandy 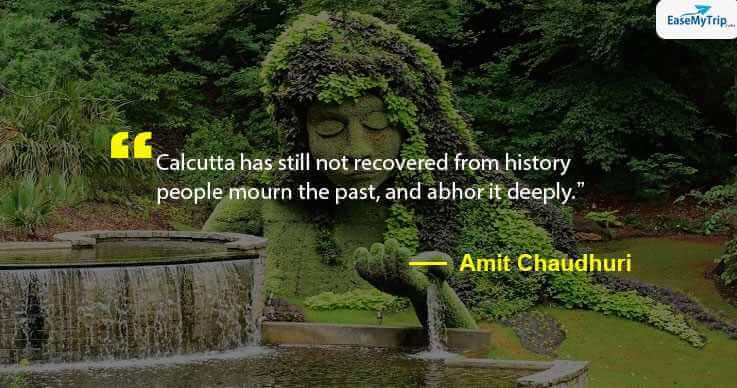 “Calcutta has still not recovered from history” people mourn the past, and abhor it deeply.” – Amit Chaudhuri 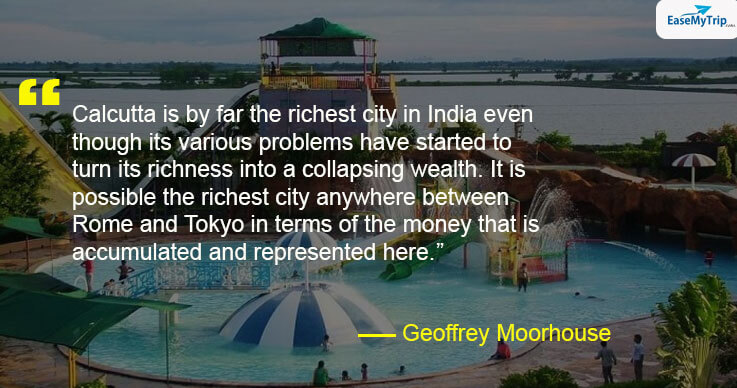 “Calcutta is by far the richest city in India even though its various problems have started to turn its richness into a collapsing wealth. It is possible the richest city anywhere between Rome and Tokyo in terms of the money that is accumulated and represented here.” - Geoffrey Moorhouse 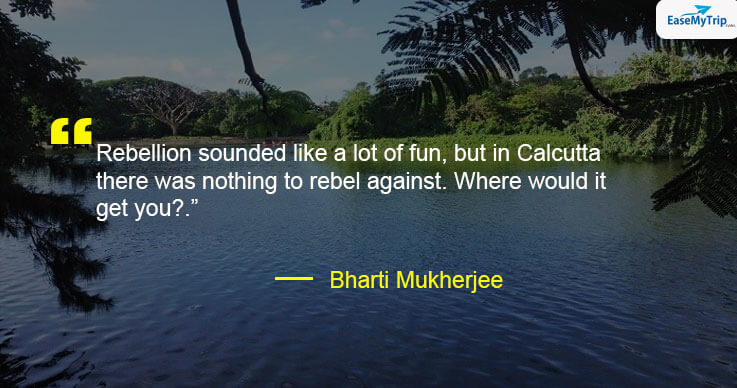 “Rebellion sounded like a lot of fun, but in Calcutta, there was nothing to rebel against. Where would it get you?.” – Bharti Mukherjee 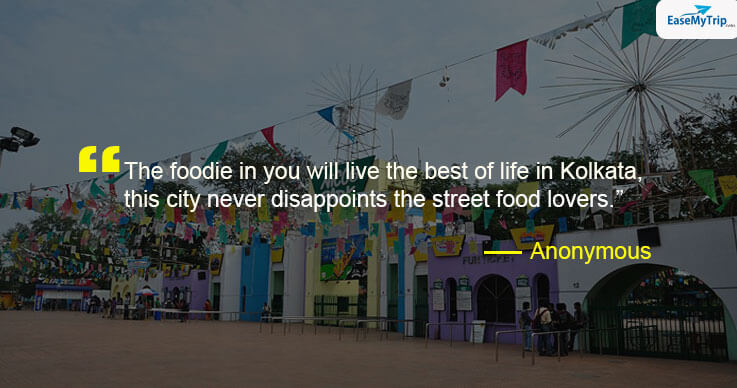 “The foodie in you will live the best of life in Kolkata, this city never disappoints the street food lovers.” – Anonymous 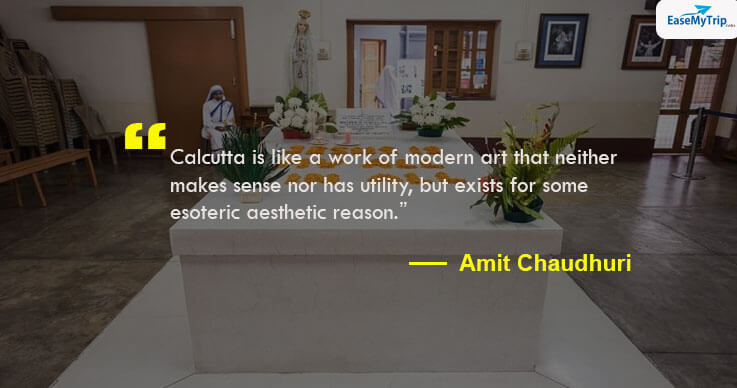 “Calcutta is like a work of modern art that neither makes sense nor has utility, but exists for some esoteric aesthetic reason.” – Amit Chaudhuri

NDC and Next-generation interlining: How They Can Boost the Airlines’ Recovery

Home-like Connectivity In-flight and At-sea: The Importance and The Challenges

How is COVID-19 Vaccine Helpful to the Travel Industry?

Why B2B Travel Technology Is Vital To The Industry?