Looking Out For Something Unusual? Explore the Most Mysterious Places in India

With a rich culture, history, and millions of people who believe in the metaphysical and the paranormal, India is definitely a mysterious land, where the secrets are buried deep inside its most weird places. From hanging pillars to haunted villages, if you are an adventure addict and looking for something unusual, read on for some mind-boggling mystery places in India.

Lepakshi is the famous archeological and historical site in India, known for its painting and architecture.The temple is dedicated to Lord Shiva and is one of the most mysterious places in India because of its floating pillar.

Mystery- The site consists of around 70 pillars in which one is hanging in the mid-air. People come to this mysterious temple and passes objects under the pillars, thinking that it will bring prosperity into the lives.

The Tale of Twins at Kodinhi, Kerala

The striking factor of this ordinary village in Malappuran is the number of twin birth it has witnessed. Kodinhi or the ‘Village of Twins’ holds a significant place among the mysteries of India.

Mystery- The moment you enter into the village , you will witness doubles of almost everyone present. Currently Kodinhi has over 200 pair of twins and two sets of triplets.Even the Kodinhi’s women who are married outside the village also end up having twins.

Situated as one of the holy chamber, the Karni Mata Temple is one of the mysterious places in India. The temple houses over 20,000 rats. One is not allowed to kill, hurt or even shoo them away.

Mystery- These rats are considered auspicious and are worshipped, and that is why are treated more than human visiting the temple.

The Mini Desert at Talakad, Karnataka

Situated on the banks of the Kaveri River, in the Chamarajnagar district of Karnataka, lies a village completely buried in sand. Housing around 30 temples, Talakad is the ultimate historic destination.

Mystery- Believed that there was a devotee of Lord Shiva which has cursed the land and turned it into a strange deserted land.

Situated around 35 kms from Ahmednagar, Shani Shingnapur is a small village, known for its shani temple and houses without doors.

Mystery- None of the houses, commercial building or school in the village have a door nor its frame. Moreover, not a single crime has been reported in here.

The famous Bara Imamabara is the magnificent creation of the 18th century, which depicts the perfect combination of Arabic and European architecture. The place is mysterious as it defies the gravitational forces in its own way.

Mystery- The central arch of the monument is about 50 meters in length and 3 stories high standing without any pillars or beams supporting it. The main hall is also popular for its special interlocking brick structure.

The shrine of Hazrat Qamar Ali Darvesh is one unusual shrine, which is listed among the mysterious places in India. The place has a rock that weighs 70 kgs and can only be lifted by only one way.

Mystery- To lift the rock, 11 people are needed to gather around, touch with their forefingers and loudly call out the name of the saint who placed a curse on it. The stone cannot be lifted by any other means.

The Magnetic Hill of Leh, Ladakh

Located at an altitude of 11,000 feet above sea level, The magnificent hills of Ladakh is one of the most unusual places to explore in India.

Mystery- Cars driving up the hill get pulled up of their own accord. You can drive up here without the ignition of your vehicles turned on.

The Lake of Skeletons at Chamoli, Uttarakhand

Situated at an elevation of 16,500 feet, Roopkund Lake is the most God forsaken place in the Himalayas. This remote and dangerous location is nothing to be fascinated about as what lies beneath its surface can scare the shit out of people.

Mystery- When the ice melts around 300- 600 skeletons can be seen beneath the surface of the lake. As per the forensic reports, the corpses dates back to the 15th century AD.

As a little village in Assam, Jatinga is a peaceful holiday destination.Surrounded by the lush green beauty and the backdrop of magnificent mountains, the place looks simply amazing. Yet, the land got something weird associated with it.

Mystery- During the late monsoon months, right after sunset, hundred of migratory birds commit mass suicide here. ( Believing the theory, local people find the evil spirit in the sky responsible for it).

Indeed India is a land of Mysteries, discover them by planning a holiday tour to these destination. Simply call/whatsapp at 9990980980

Get Serious Chills at Some of the Really Haunted Train Stations

Deccan Odyssey – A Royal Journey with Luxury Train of Maharashtra 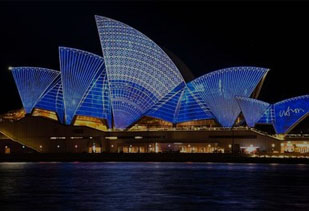 Astounding Facts about Australia which will Give you Wanderlust

Air Combat Adventures: Fly Like A Fighter Pilot For a Day!