Famous Water Canals Across the World 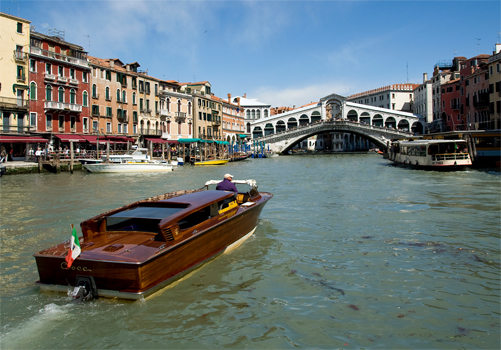 There are many types of water canals available in the world, right from the size, location and sorts. If you love to sail in Gondolas and explore different cultures as well as cities, then taking the canal route is just perfect. Here, in the following write-up, we have listed most famous canals across the world.

Often called “The City of Water”, Venice is the top most water cities in the worlds. The scenic Italian architecture along the Grand Canal and picturesque as well as romantic gondola rides. The canals are linked together with more than 150 canals that have become central to its character. Venice has pretty much decayed than its heyday and has more tourists than its true residents, perhaps the romantic charm remains.

Also coined as “The Venice of the North”, Amsterdam, the canals were started building during Dutch Golden Age in 17th century. The three of major canals, Herengracht, Keizersgracht and Prinsengracht form concentric belts surround the city known as the ‘grachtengordel’. At present, there are over 100 KM of canals and 1,500 bridges in Amsterdam. Tourists can find around 1550 monumental buildings along the main canals.

Bruges is one of the most preserved medieval cities in the Europe. This place is a popular destination of Belgium. Due to its canals Bruges, it is often called ‘The Venice of the North’. During the Middle Ages, the River Reie turned into a network of canals which later enabled the traders to bring their products at the Market. Nowadays, a boat ride on these popular canals provides a great way to explore some of the charming sites of Bruges. It is a famous location for movie shootings, for instance, you must remember the song “Chaar Kadam” from Bollywood blockbuster “PK”, was shot here.

Hoi An is a fishing-village-turned- major- tourist-hotspot is located on the coast of the South China Sea in Vietnam. It has been an international port since 16th century though the severe shipping business has moved to the city of Da Nang. The heart of the city is still lies in the Old Town, which is full of winding lanes and beautiful Chinese-styled shop-houses. Hoi An is many a times called as the “Venice of Vietnam” due to the tapered canals which cut through part of the town.

Another “The Venice of the East”, Alappuzha (also known as Alleppey) is an ancient and striking place in India full of canals. The Alleppey is connected to the famous Kerala backwaters and tourists can rent a houseboat to enjoy the backwaters for one or more days. The popular Snake Boat Race, where teams of rowers compete for the Nehru Trophy can also be explored. Stockholm Canals, Panama Canal, Suzhou Canals, Nan Madol and Bangkok Klongs are some of the other famous canals across the world to sail! So, what are you waiting for? Choose any of the canal and start sailing.