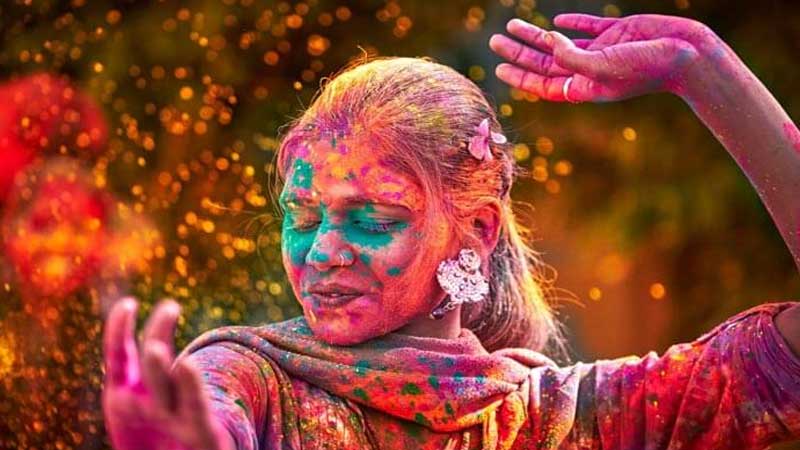 Holi is a popular spring festival also known as festival of colors celebrated with huge fanfare by the people of every cadre in India. Apart from being the festival of colors, it is a prehistoric Hindu religious festival which has relates to the legend of demon King Hiranyakashyap and Prahlad, Holika bonfire (still practiced a night before the main Holi) where people gather, sing and dance. Holi is celebrated at the approach of vernal equinox, on the Phalguna Purnima (full moon). Therefore, the festival date may vary every year according to the Hindu calender. The festival is also known as Phagwah (Bhojpuri), and Do?ajatra (Oriya), and Dol Jatra or Basantotsav ("spring festival") (Bengali). Well, these were only the different names of Holi in different regions of India, but it is celebrated in different ways at these places. In the following write-up, we have mentioned the popular states of India where Holi is celebrated in beautiful ways. 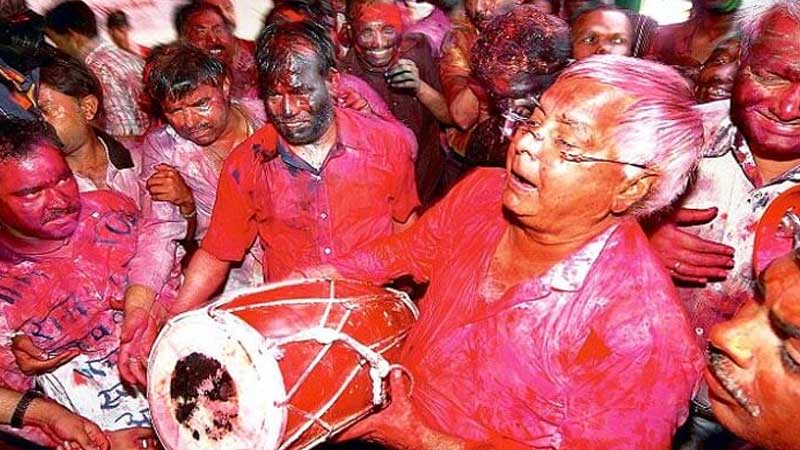 Bihar is a state where Holi plays an important role among all festivities. On the evening of Phalgun Poornima, people light up the Holika pyre and put many old things into the fire to get rid of their old problems and evil spirits. They consider this an occasion to end their conflicts with others and apply colors by meeting each other. Holi is played here with colors, water, water-balloons and folk songs. Usually, the state witnesses two days celebration. Every household sees preparation of various delicacies like Dahi Bade, Malpua, Kachori and a lot more. In Bihar state, people consume ‘Bhaang’ in thandai or other sweet dishes. 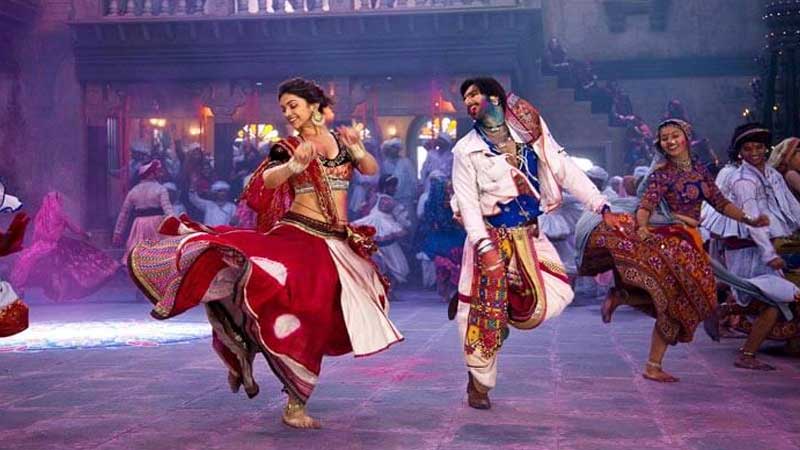 In the vibrant state of Gujarat, Holi is celebrated for two days. On the evening of first day people lit the bonfire and offer raw coconut and corn to it. The second day is 'Dhuleti' or the festival of color in which people sprinkle colored water and apply colors to each other. Dwarka, the famous coastal city of Gujarat celebrates Holi at the Dwarkadheesh temple with music festivities and comedy programs. Celebrated in the month of Phalguna, Holi symbolize the agricultural season of the Rabi crop. In the western region, Ahmedabad, a pot of buttermilk is hung on the streets and young boys try to reach it and break it by making human pyramids, while girls try to stop them by throwing colored water on them. However, in some places there is a custom in the undivided Hindu families that the women of the families beat their brother-in-law with her sari rolled up into a rope in a mock rage as they try to drench them with colors and in turn, they bring sweets to her in the evening. 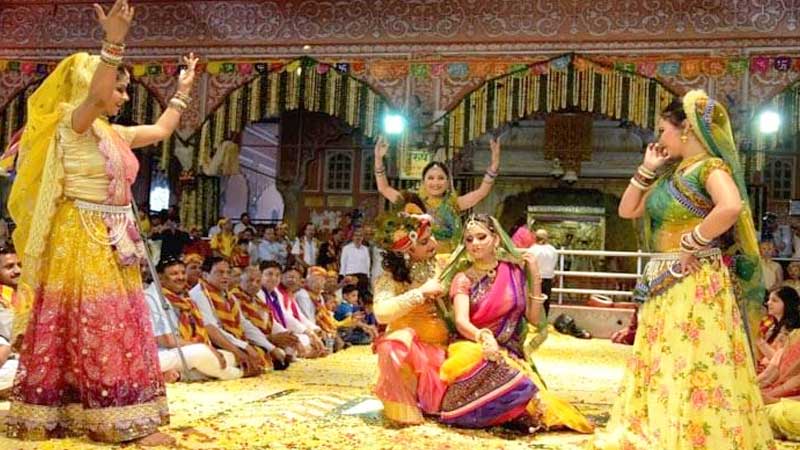 In Uttar Pradesh, there are several kinds of Holi celebrations organised. Barsana, a small town close to Mathura in Braj region celebrates one-of-its kind, 'Lath Mar Holi' in the compound of the Radha Rani Temple. Thousands of people gather there to witness this Holi when women beat up men with sticks (lath) as those on the sidelines become hysterical, sing popular Holi Songs and shouts Chants, Sri Radhey or Sri Krishna. Outside, Braj region, in Kanpur, Holi lasts for seven days with color. The last day is commemorated with grand fair called Ganga Mela or the Holi Mela. In Gorakhpur, the northeast district of UP, Holi day begins with a special pooja. Here, this day is considered to be the most colorful day of the year for promoting the brotherhood among the people. In fact, they celebrate it as the "Holi Milan", during which people visit every house, sing holi songs and express their love for each other by applying colors (abeer). For some, Holi is also known to be the beginning of the year as it occurs on the first day of new Hindu calender year (Panchang).

In Uttarakhand, the Kumaoni Holi is major musical affair rather than colorful like other states. Here, this festival takes different forms like, the Khari Holi, the Baithki Holi and the Mahila Holi. In the Khari Holi and Baithki Holi, people sing songs with a touch of melody, spiritualism and fun. The songs are based on classical ragas. In Kumaon region, the Holika pyre (which is a bonfire with a green Paiya tree branch in the middle) is known as Cheer, which is custom made in a ceremony known as Cheer Bandhan 15 days before Dulhendi. The colours used on Holi are derived from natural sources. Dulhendi, known as Charadi is made from flower extracts, ash and water, somewhat similar to other places of North India. 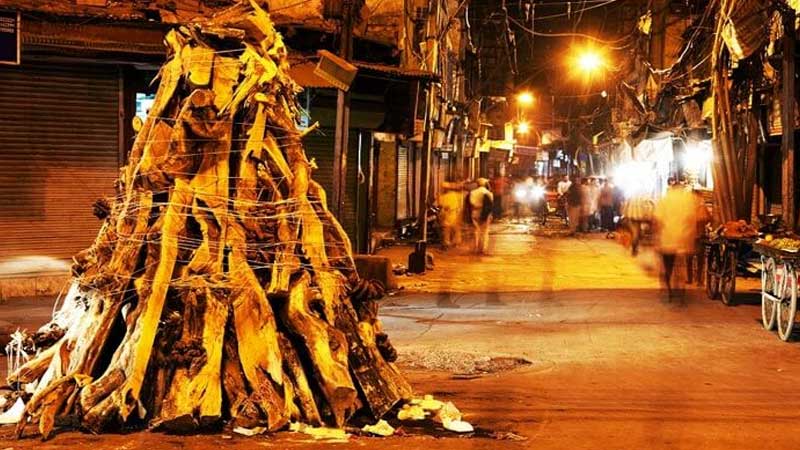 Holi celebration in Maharashtra turns to be the most exciting affair for all. The festival is celebrated after the sunset by burning Holika that symbolizes the victory of good over evil. People create some unusual sound through their mouth and hands. The next day is Phalgun Krushnapaksh Panchami, which is called as ‘Rangpachami’. People apply color, gulaal and water on each other on this day. ‘Puran Poli’ is a must try here on the eve of Holi. The festival is very popular among the fisher folk as they rejoice the festival it by singing, dancing and cooking tasty delicacies as an offering to god. 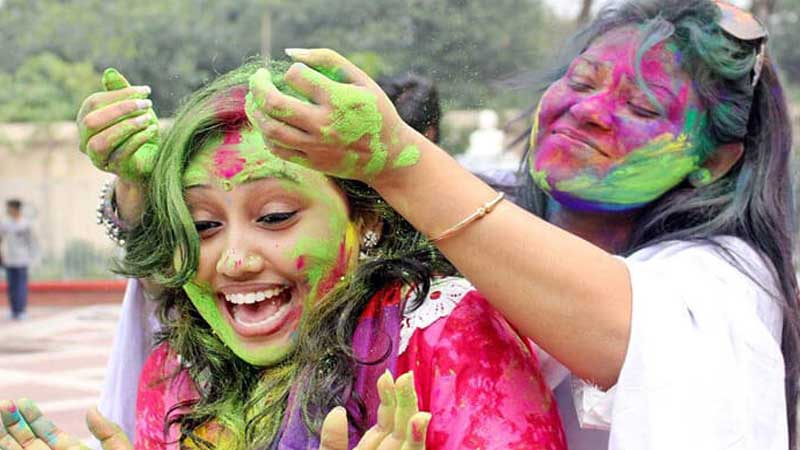 In West Bengal location, Holi is referred as "Dol Purnima", "Dol Jatra" or the "Swing Festival". Here, this festival is celebrated in a bit dignified manner by placing the icons of Radha and Krishna on a picturesquely designed palanquin which is later taken round in the main streets of the city or the village. On the Dol Purnima, the devotees take turns to swing them while women dance around the swing and sing devotional songs. During these activities, the men keep drenching colored water and colored powder, Abeer, at them. Also, the head of the family observes a fast and prays to Lord Krishna and Agnidev and once the rituals are over, he blobs Krishna's icon with gulal and offers "bhog" to both Krishna and Agnidev praying for the goodwill of the family.

Apart from these major states, many cities of India celebrate Holi festival in unique ways with the main ingredient, Colors! So, if you want to experience the festivity of this colorful festival, plan your tour during February or March. What are you waiting for? Log in to EaseMyTrip.com and book your tickets now!

Places in the Capital City for Tempting Holi Delicacies