Though India is already known for its horrible conditions of roads, but there are some scariest, which can give chills to even the most trained driver. Their thin roads, steep turns, low hanging cliffs, can lead anyone to the toughest adventure of the life. These dangerous roads in India are called the “Highway to Hell” as they are built in the regions which experience the wrath of nature more often and can take you to your death bed rather your destination. Go, checkout as we bring you the most scariest roads in India that only some daring travelers might feel such drives as ‘perfect’ for the element of thrill. 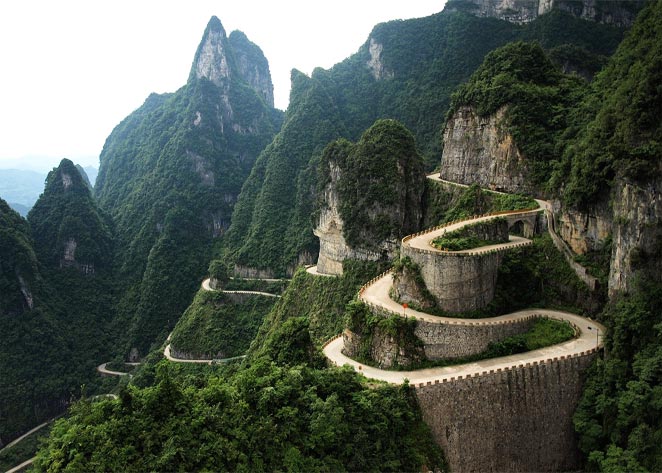 Sited in the Kishtwar District of Jammu and Kashmir, there is one amazingly narrow road without a railing or edges for about 100 miles long. The road is a gateway for the Kishtwar Kailash base camp situated at a height of 6451 meters. For people looking to try out some adventure in life, this road is perfect to try your hands on. If you want to save your life, then it is advised to be highly skilled in your driving. 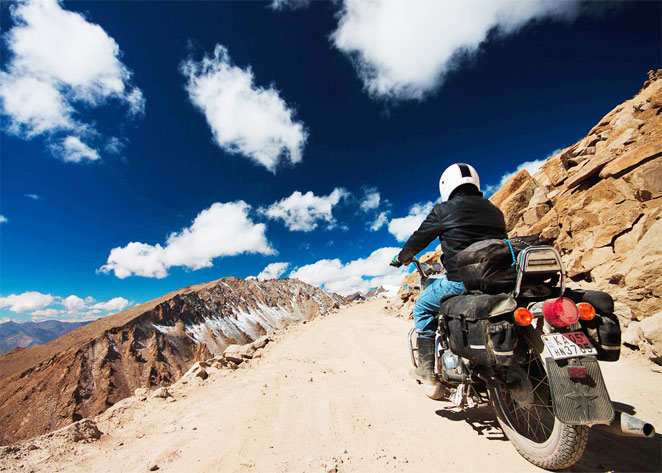 Khardung La Paas is the silk route connecting India and china. This road is scary for its indomitable height. This place gives you an entrance to Nubra Valley and remains closed annually from October to May due to severe weather conditions. The roads are slippery here due to the frozen ice. Watch out for some mountain sickness here. 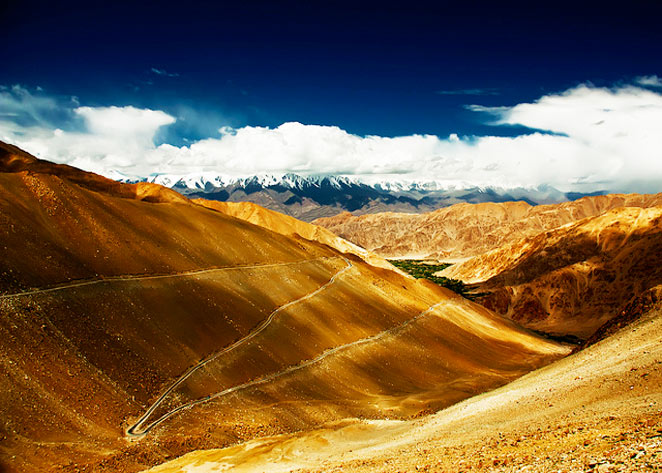 At an altitude of 5,360 m above sea level, the road remains snow-covered all through the year. This makes the road very slippery. Also, one can feel the deficiency of oxygen while on this road. The low temperatures in this region add to the travel issues of those commuting through this third highest motorable road in the world. Being a gateway to the Changthang plateau in the Himalayan region, it is one of the most thrilling roads in India. 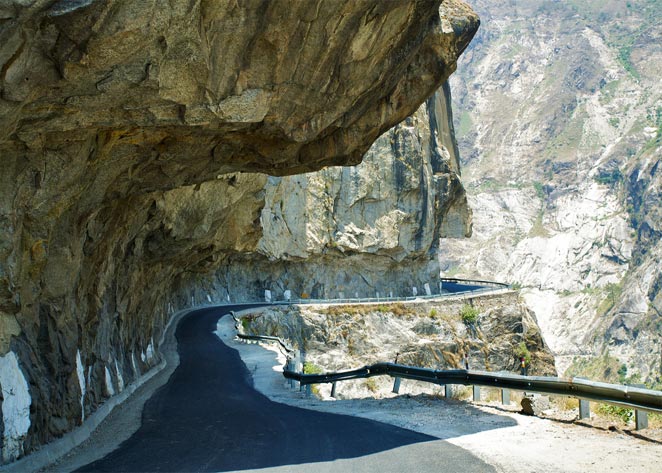 Known as one of India’s most risky road, NH22 makes you cut through a mountain. There are no railings. The roads get sharper, narrower and bends at most unpredictable places. In the course, death emerges over you in the form of cliffs and tunnels all around. National Highway 22 was also mentioned in the History Channel's "IRT Deadliest Roads" TV series for its poor maintenance and dangerous condition. 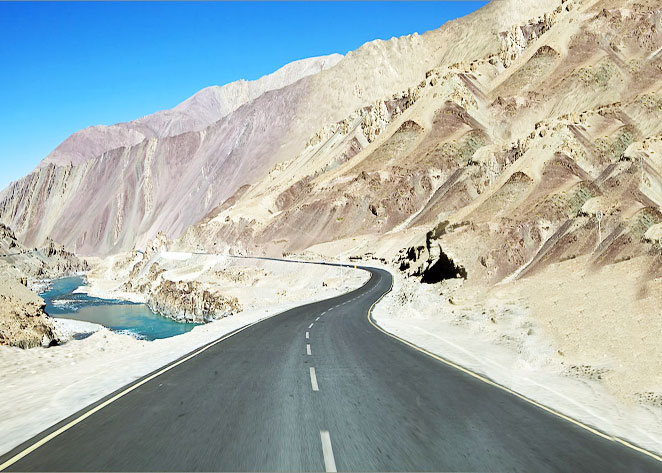 This place is the deadliest, the low overhanging rocks, narrow dark holes, and blind turns make this road highly deadly. One fault and the vehicle will drop down into the Baspa River. If not the fall, the collision of vehicles around the blind turns is truly deadly. 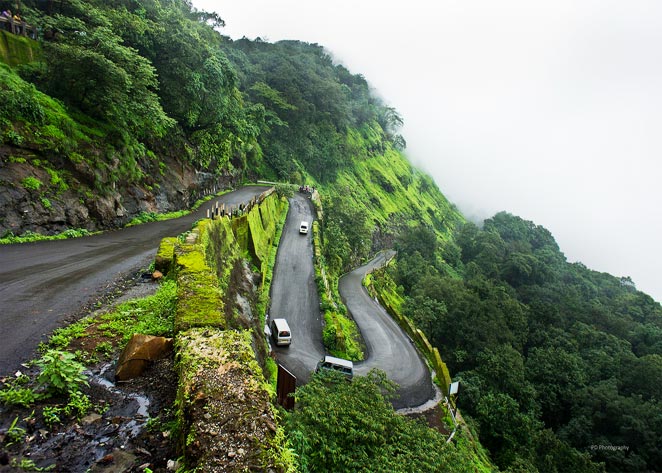 The sharp and thin sections are followed by hairpin turns. Some of the areas are even without the guard railings. To add to the woes of the drivers, rains make the roads greasy and may even cause landslides. However, the incidence of landslides is very rare. The twisting turns will bring your heart into your mouth. 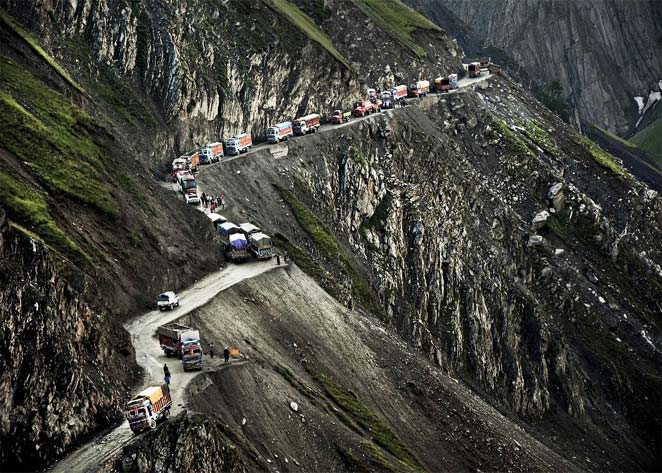 In the blink of an eye the vehicle can land you down from an altitude of 3,538. Zoji La Pass is one of the country's most feared roads as it is frightfully narrow and covered in snow slush all around the season. You will come across this route while you were making your route to Leh from Srinagar. The pass is a major connection between Ladakh and Kashmir. 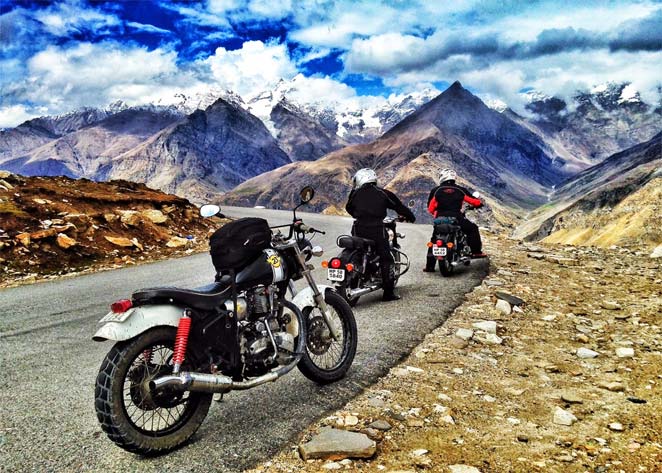 Located at an elevation of 3979 meters, this path is the ground of corpses as the name suggest. It connects kullu with the valleys of Lahaul and Spiti. This path faces huge traffic jams when it is usually opened during may to November. The path gets closed for infinite time due to heavy snow fall with continuous sliding of hills and rain, the road gets covered with sludge. 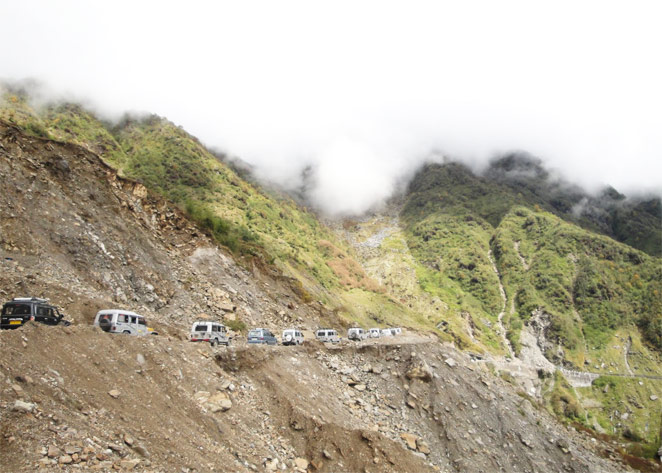 It is one of the three trade border posts connecting China and India and is situated 54 km east of Gangtok. The pass is at 4,310 Meter above sea level and is one of the highest paas reachable via road. The path becomes very deadly because of the massive landslides and heavy snowfall during winters. 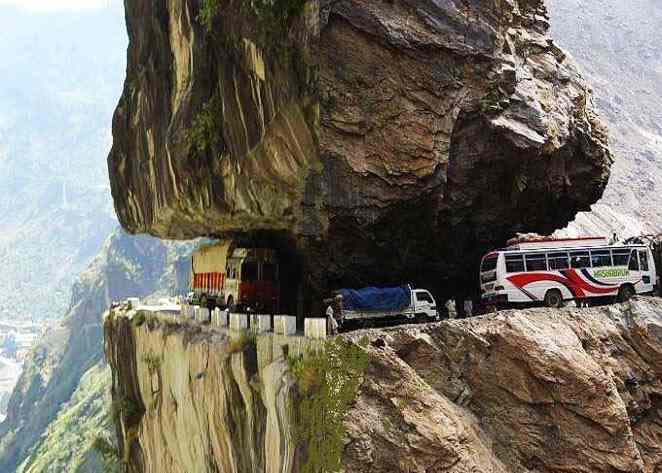 The road is located on the southwest of Himachal Pradesh and will scare you with its cliff-hanging drives and deep narrow holes. One mistake and you will be gone. This valley remains closed during heavy snowfall. Be careful while travelling through Taranda Dhank which is also famous for claiming lives. 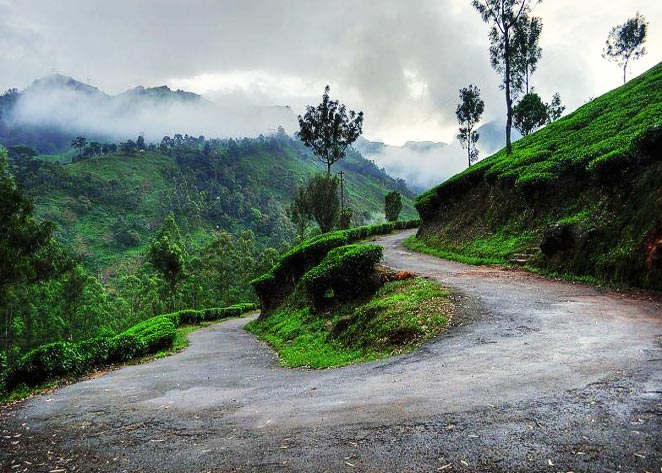 Placed at a height of 1700 meters above sea level, this road has sharp steep with narrow zigzag turns .The road is dark at some places and there are lots of buses and truck drivers driving recklessly. Fog starts approaching during nights making the vision blind even with the lamps on. 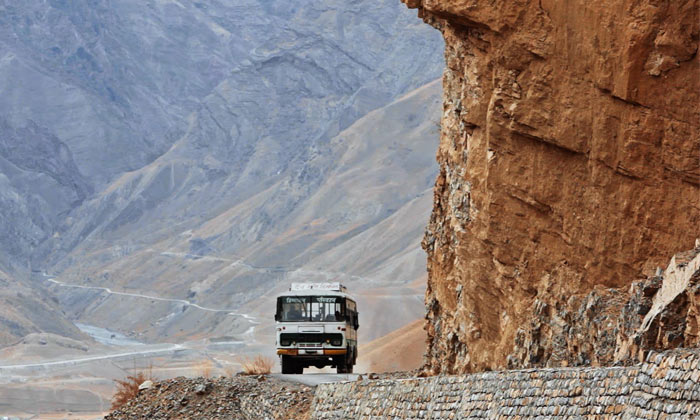 Situated in Himachal Pradesh, Spiti Valley is one of the most scariest roads of India for all the adventure seekers. The mesmerizing landscape and harsh weather conditions around the jaw dropping turns makes it all the more beautiful and difficult to resist to go and try high the adrenaline rush. Apart from this, the valley also houses the most remote and highest villages in the world. 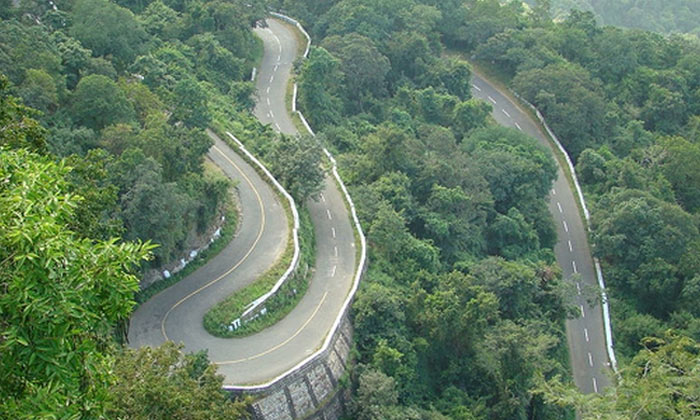 Located in Andhra Pradesh, Tirupathi temple is one of the popular temples in India and witnesses huge number of spiritual travelers from all over the world. But, to arrive at this renowned temple one has to pass through one of the most dangerous roads in the country. The road is loaded with deep turns and difficult terrains, making it a highly risky and prone area for accidents. People traveling the road during monsoon are especially advised to be very careful.