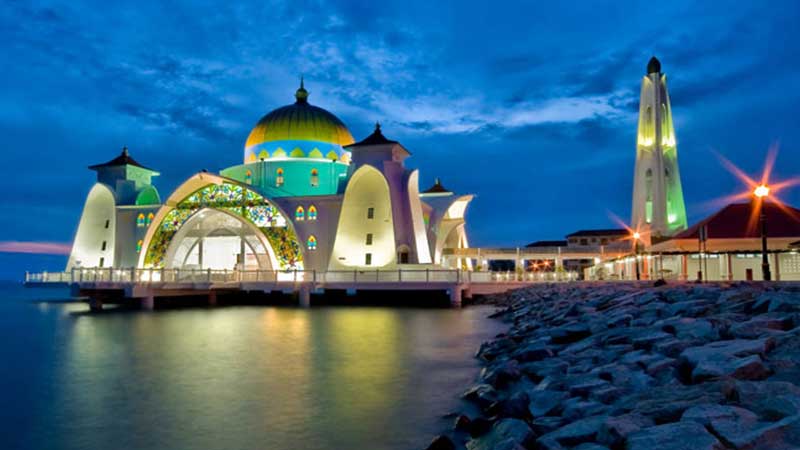 Malaysia is an astounding destination and it is an amazing multi-ethnic melting pot in South East Asia region. The primary state religion of Malaysia is Islamic but the Malaysian constitution allows freedom of religion and because of that one can here find people from different religions, caste and creed. All this comprises and makes Malaysia a diverse country with major religious inclination on Islam, Hinduism and Buddhism and hence here you can spot beautiful mosques and temples filled with serenity. Below is the list of some mesmerizing religious places in Malaysia. 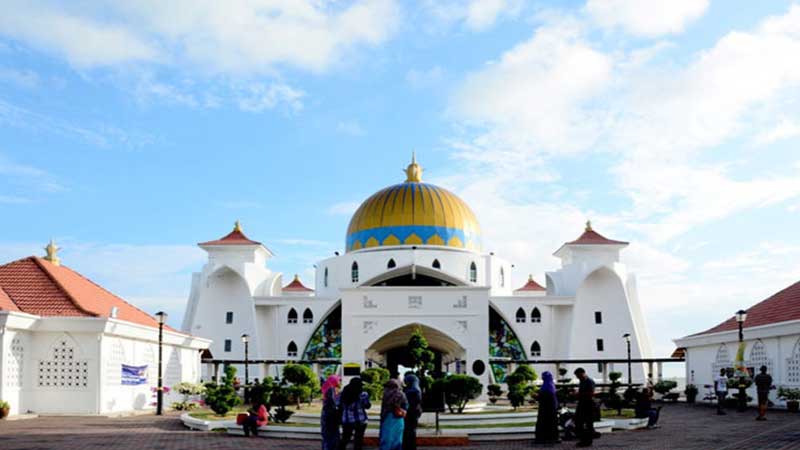 This mosque was built on a man-made Island which is positioned near Malacca Town and this mosque was opened in the year 2006 in South of Kuala Lumpur. It is one of the gorgeous religious places in Malaysia and when the water levels are high the mosque appears as if it is floating in the ocean. 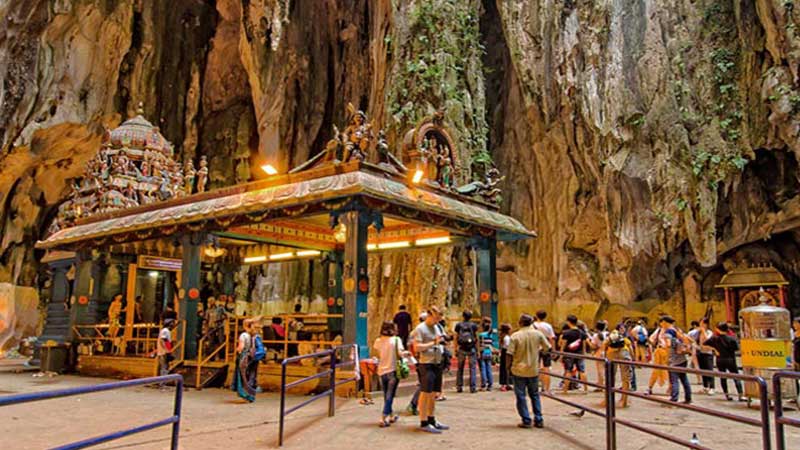 The gorgeous limestone cave around the famous Batu Caves Temple is believed to be around 400 million years old. It is one of the popular Hindu temples in Malaysia and this temple attracts the tourists from other parts of the world. Moreover, to reach the biggest of the 3 main caves the pilgrims have to climb the total of 272 steps. 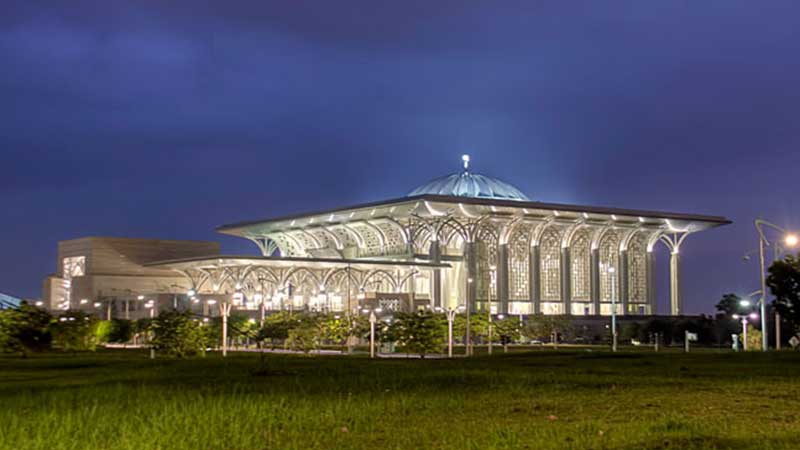 This Iron Mosque is also called as Tuanku Mizan Zainal Abidin Mosque is located in the territory of Putrajaya which is in South of Kuala Lumpur. This religious structure wasn’t officially opened till June 2010 and took complete 5 years for the completion of construction. It is one of the most beautiful mosques in Malaysia. 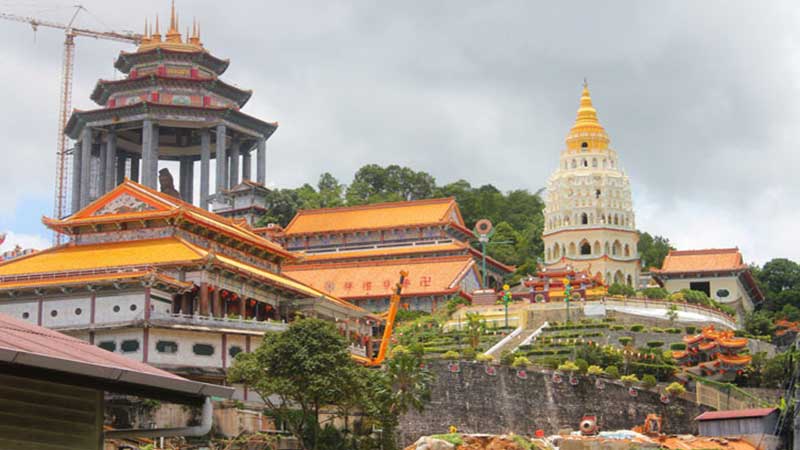 This temple is also called as ‘Temple of Supreme Bliss’ and it is located on an gorgeous island just South of George Town in Malaysia’s Penang state. It is the famous historic Buddhist temples and also the largest Buddhist temple in Southeast Asia region. It was constructed in late 1800’s and is constructed with 3 architectural styles including Chinese, Thai and Burmese. 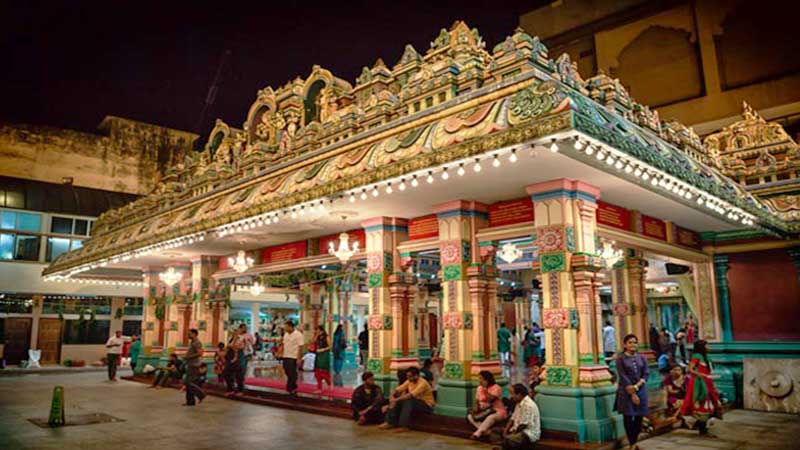 It is located on the edge of the Chinatown in Kuala Lumpur and it is the oldest functioning Hindu Temple in Malaysia which is quite famous among the Hindu citizens of Malaysia. This temple was first built in the year 1873 and later the Raja Gopuram Tower was added in the year 1968 to give the temple a traditional South India style. 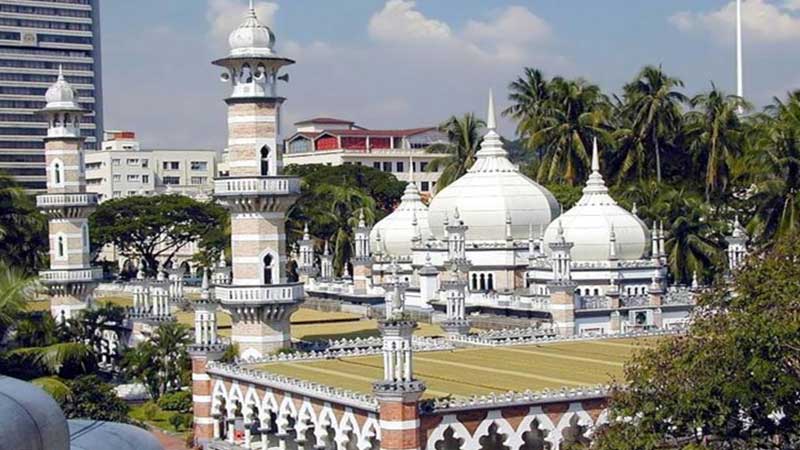 Jamek Mosque is positioned in the heart of Kuala Lumpur where the Keland and Gombak rivers meet. This mosque was first opened in 1909 and this mosque is regarded as the oldest mosque in Kuala Lumpur. It is fondly called as ‘Friday Mosque’ and this mosque attracts large number of people from all over the city. 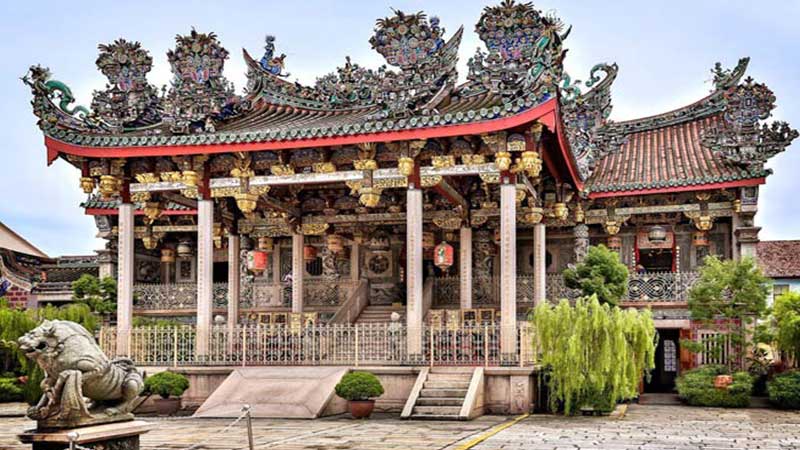 This popular temple is situated in the center of the city of George Town in Cannon Square. It is the most spectacular, grand and ornate Chinese clan temple in Malaysia. It is one of the famous attractions and the site still features a traditional theatre and also 19th century row houses for clan members. The intricately designed structure of the temple shows high impact of Chinese influence in Malaysia. 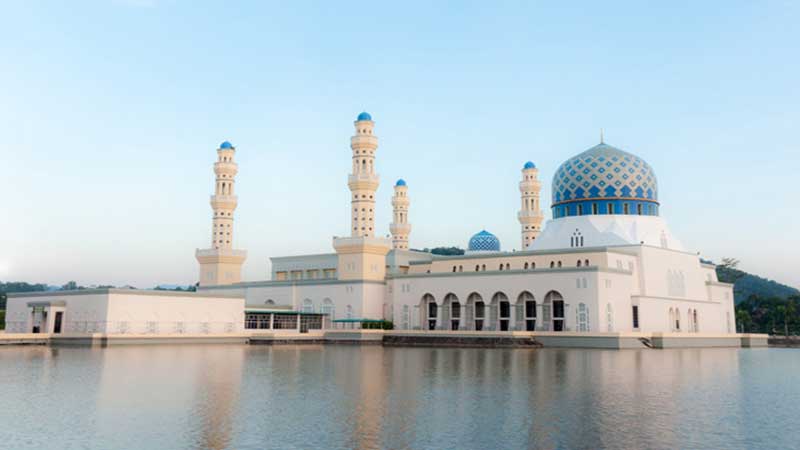 Kota Kinabalu City Mosque took complete 8 long years for completion as the construction of this mosque was started in 1992 and was opening ceremony took place in the year 2000. The design of this mosque was modeled after the second famous holiest site in Islam which is the Nabawi Mosque. As it is beautifully positioned on the South China Sea the mosque is partially surrounded by a lagoon. It is one of the most famous religious sites in Malaysia.