12 of the Most Beautiful Villages in the World

Most of us love big cities, but that doesn’t mean small destinations can’t be alluring or amazing. There are lots of villages in the world giving a remarkably beautiful experience. It is true that the cities attract people with tall skyscrapers, expensive malls, and luxurious atmospheres, but the best way to experience the fundamental culture of a region is to travel around the smaller villages far from the big cities. Check out the below list and know about the most beautiful villages of the world. 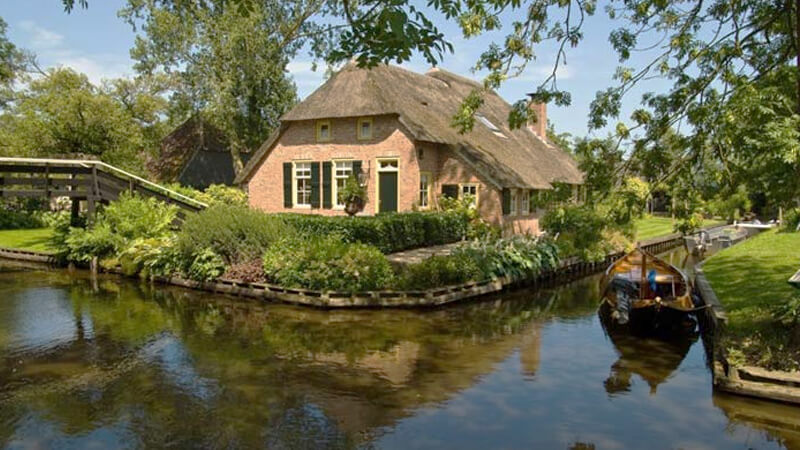 Giethoorn is a gorgeous and calm village of the Netherlands. It is one of greenest places of the country, which is surrounded by extensive De Weerribben-Wieden National park and dotted with massive number of trees. Being a car free village, it features many beautiful canals instead of roads. The lands of Giethoorn are connected together with about 150 bridges. This village has so much similarity with Venice that it has been also called as The Venice of Netherlands. 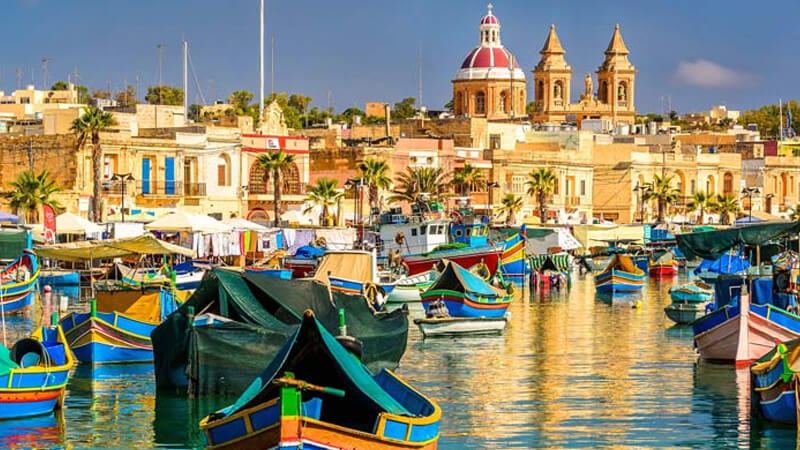 Situated in the Southeastern part of Malta, Marsaxlokk is a beautiful traditional fishing village that is famous for its fishing market. Colorful boats jogging on its harbor give it a more beautiful appearance and make it one of most stunning villages of the world. These boats are called as ‘Luzzus’, which play a significant role in the routine life of the villager. This village has a long history that you may come across on your visit to this gorgeous place. 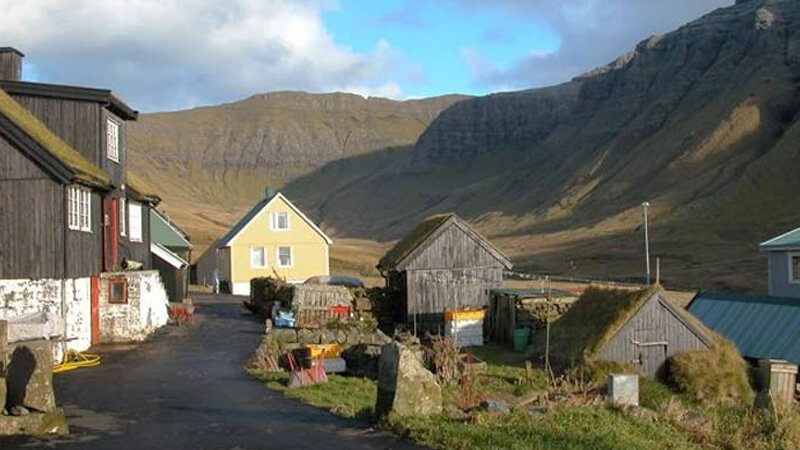 Gasadalur is a stunning small village located in the Mykines Island of the Faroe archipelago. Placed at the edge of a tall cliff and encircled by top peaks of Mykines islands, it is certainly one of the most beautiful villages on Earth. Owing to its isolated location, this village only has a population of 18. The setting of this village is unique as it breathtakingly overlooks the sea. 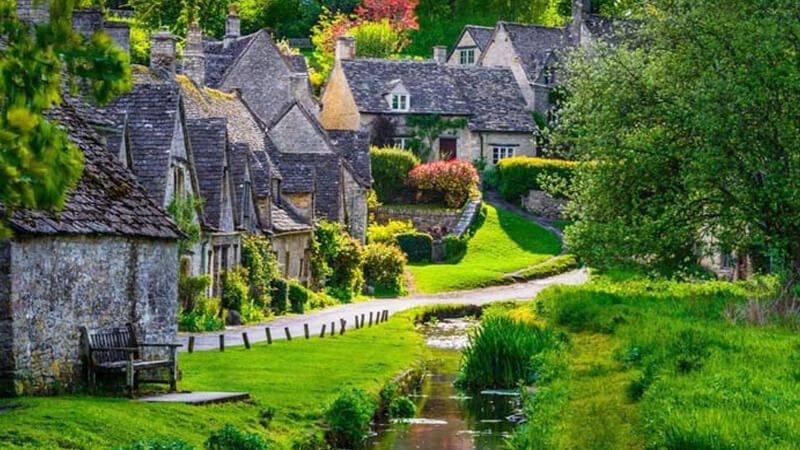 Bibury is a beautiful charming village situated on the bank of the river Coln in Gloucestershire County of England. The famous English designer named William Morris described it as “The most beautiful village in England”. Comprised of the 17th century stone cottages and beautiful Coln river flowing through the village are the main attractions of Bibury. It is also among the most photographed villages of England. 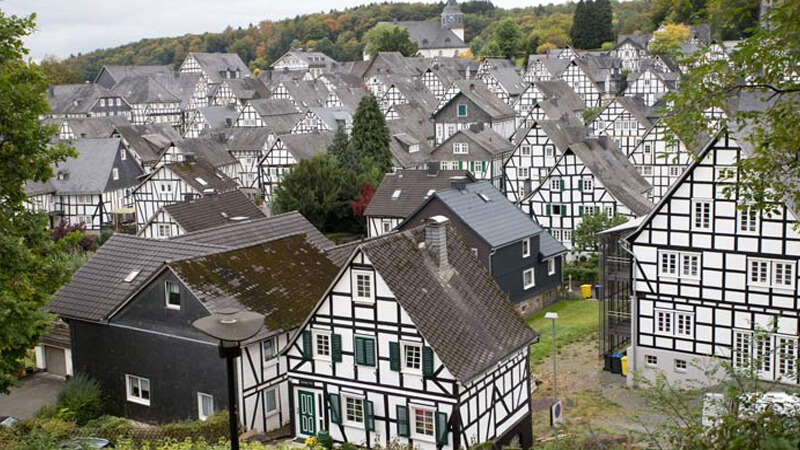 Freudenberg is a beautiful medieval town, which is situated in the German province of Rhine-Westphalia. This small town is spread over an area of 93 km². It is not just the most beautiful small town in Germany but among the most beautiful villages of the world. The setting of wooden houses in the picturesque landscape of the village leaves the visitors simply speechless. It is a surprising fact that all the houses in the town have the same size and the pattern. 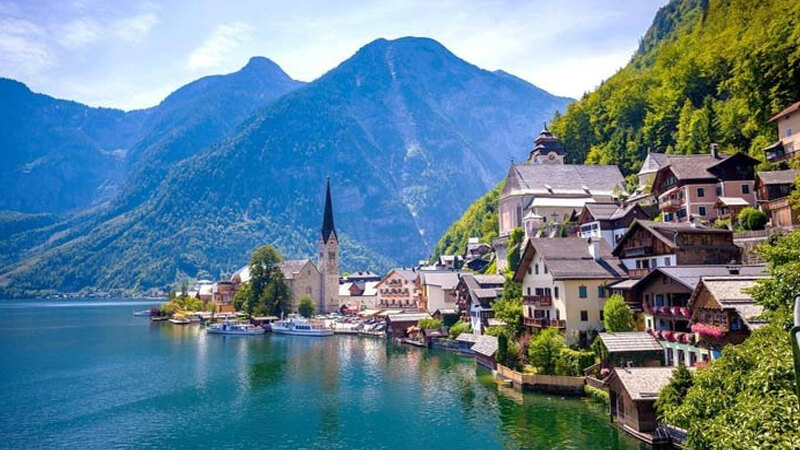 Located between the picturesque Lake Hallstatt and lofty Dachstein Mountains, Hallstatt is a stunning Alpine village that is worth visiting. This extremely gorgeous lakeside village is among the most photographed locations of Austria. Along with a beautiful setting, this village has great historical significance. It also has one of oldest salt mines in the world. There is a museum in the Hallstatt village, which is a home to 7000 years old artifacts. Feel a really calm atmosphere while walking around the Hallstatt, which is free from noise of the vehicles. 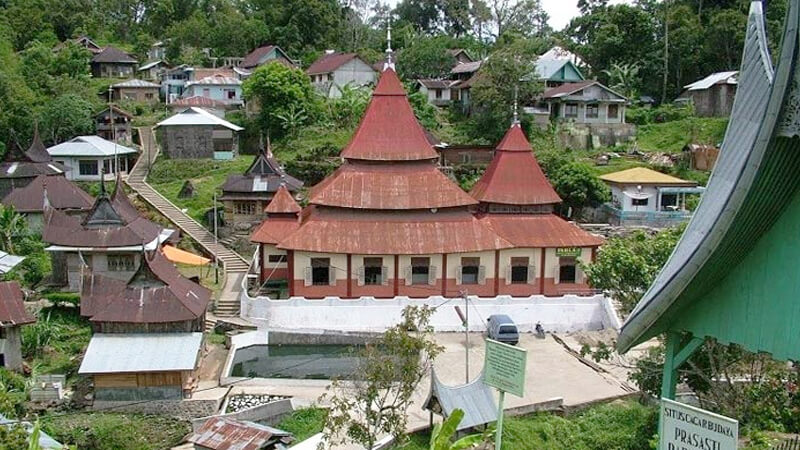 Pariangan is a Minangkabau village that is situated in the regency of Tanah Datar in the West Sumatra province of Indonesia. This is a picturesque place that boasts a series of well-preserved conventional dwellings as well as a large old mosque. It is one of the most beautiful villages in the world, which is protected as a place of great cultural and historical importance. 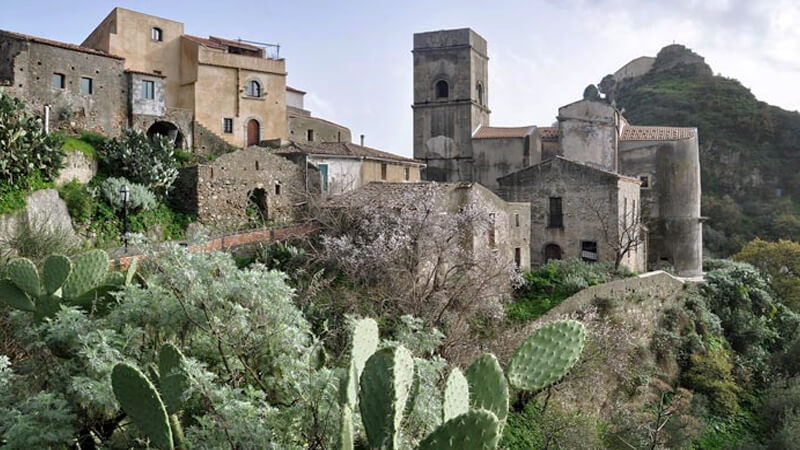 Located close to the eastern tip of Sicily, Savoca is quite close to the famous tourist destination of Taormina. It is not as stunning as its neighborhood but still is an alluring place in diverse ways. The village has a certain timeless and deep Sicilian charm about it, which make it the perfect place for Coppola’s acclaimed The Godfather II movie. There are plenty of things to see here, including churches, houses, and other old buildings. 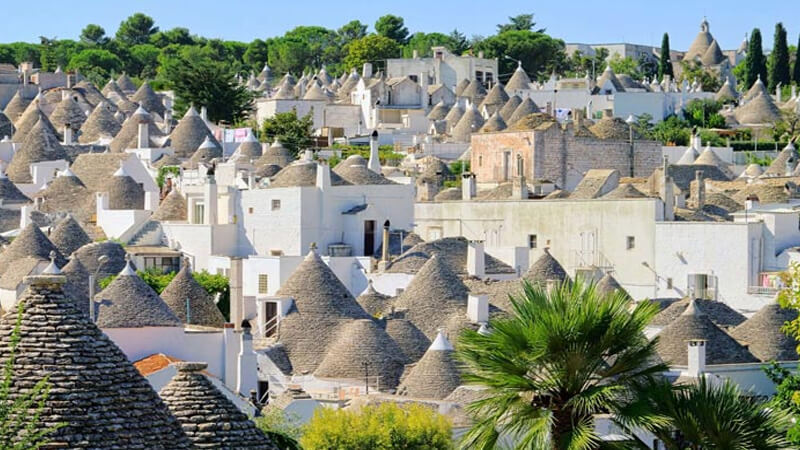 Located in southeastern Italy, Alberobello is home to the best examples of a type of dry stone hut with a conical roof called as a trullo. These dry stone huts are not accurately some sensational constructions but are the modest traditional huts, which are great examples of ancient building techniques. Although, the technique followed in the construction is old but these structures aren’t very old. 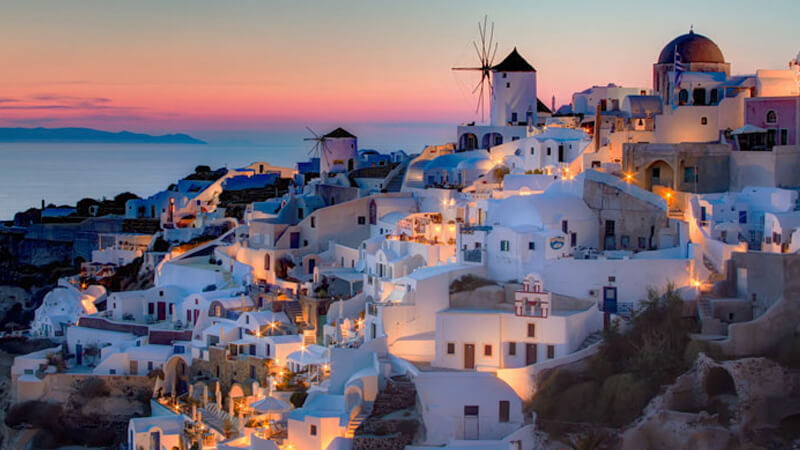 Located on the top of the cliffs of Santorini, Oia is a beautiful village with an amazing setting. The picturesque village is located on the steep slope allowing the residents and travelers to enjoy jaw-dropping gorgeous views of the world-known Santorini caldera. The cityscape is dominated by elegant white buildings gleaming in the sun, with stand-outs being a ruined fortress facing the entire area, the Captain’s houses, and a windmill, which is probably the most iconic building of this charming village. 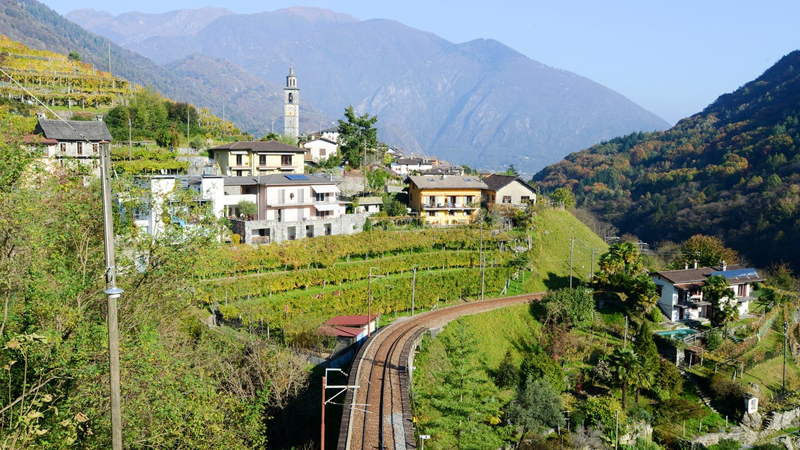 Located on a high rocky spur at the meeting point of the Isorno and Melezza Rivers, resides the Intragna village of Switzerland. Here narrow cobbled streets and multistoried buildings, highlight the beauty of the village, a medieval Swiss town. For a great experience begin at the 21 exhibition rooms of the Museum of Centovalli and Pedemonte!

The site that makes Intragna truly one of the most mesmerizing places in Switzerland, is the Roman Bridge. You can go for a walk along the Intragna-Remagliasco mule track and ends at Roman Bridge. The stone bridge was built in the year 1578. It arches beautifully over the surreal turquoise waters of the Melezza River. 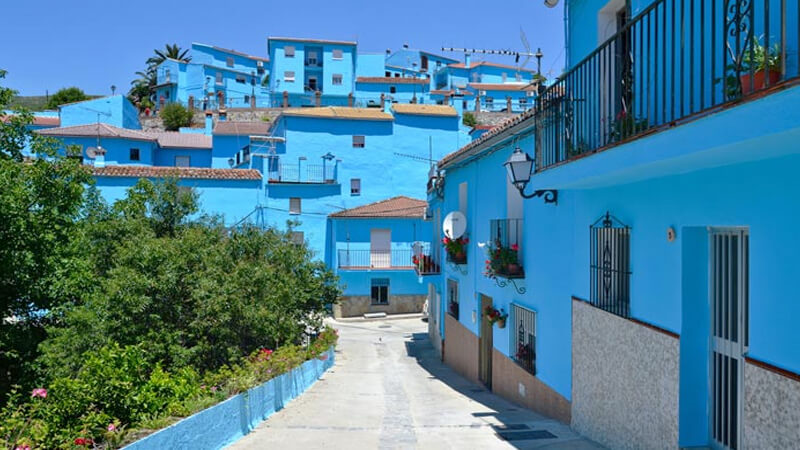 Júzcar turned into one of the most amazing villages of the world with all the walls painted in smurf-blue to celebrate the premiere of the Smurfs movie. The makeover of the village was so much amazing that the locals didn’t allow Sony Pictures to repaint the village. It has become one of the most extraordinary places in the area. On your holiday trip to Spain, you can explore this gorgeously painted village that has become very popular among the travelers visiting the region.