Explore 10 of the Most Famous Ganesh Mandals in Mumbai 2019 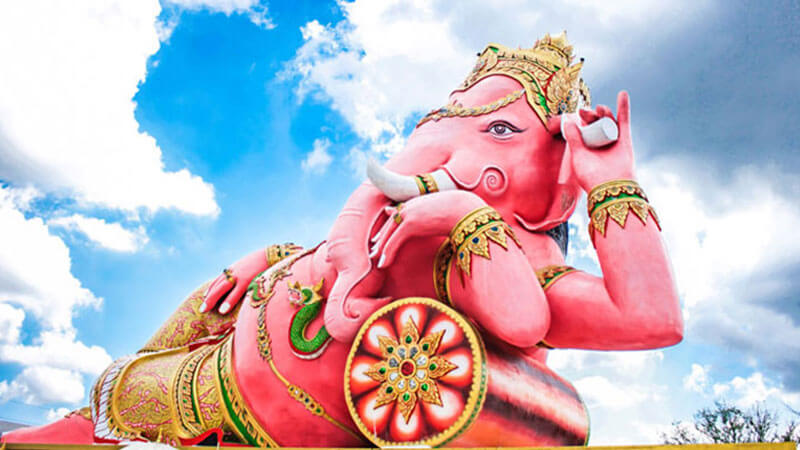 The arrival of Ganesh Chaturthi turns the entire Mumbai into religious heaven. The auspicious festival creates an aura of celebration in whole Maharashtra. Ganesh Chaturthi is celebrated in almost each and every household of this state. Other Indian states also celebrate Ganpati festival but the festivity of Maharashtra is simply overwhelming. With vibrant ambiance, appetizing modak, drum beats and the holy Ganpati chants (Ganpati Bappa – Morya) are some of those things that make everyone fond of this festival. Mumbai makes you come across a number of beautiful Ganpati idols that not only deliver the religious sentiments of people but the ingenuity of the artists. Ganesh Chaturthi 2019 is going to bring more enthusiasm for the devotees for being a long weekend as the auspicious day is falling on Monday. The celebration of Ganesh Chaturthi 2019 will continue from 2nd September to 6th September, 2019. The city of Mumbai witnesses maximum grandeur during Ganesh Chaturthi. There are some major groups in this city that are famous for making the best pandals and idols of Lord Ganpati. Know about the famous Ganesh Mandals in Mumbai. 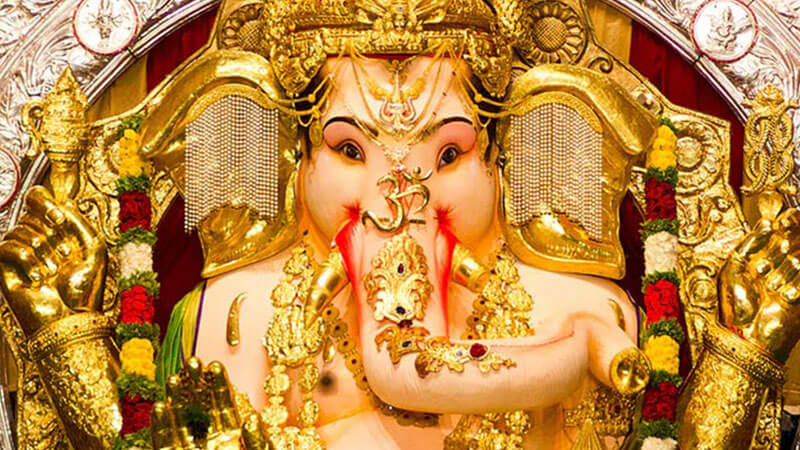 Ganesh idols of this group are the richest ones in Mumbai. This group sets their idol at King Circle, near Wadala. The remarkable Ganesh idol is not just beautiful but very expansive as well. It is also known as Gold Ganesh of Mumbai due to being created with more than 60 kg of Gold. It is an eco-friendly Ganesh idol of Mumbai. In this year, the idol features a silver stage and throne. They are also accepting silver and gold donations this year. This Ganesh statue remains only five days of the festival and one should see this as soon as possible. 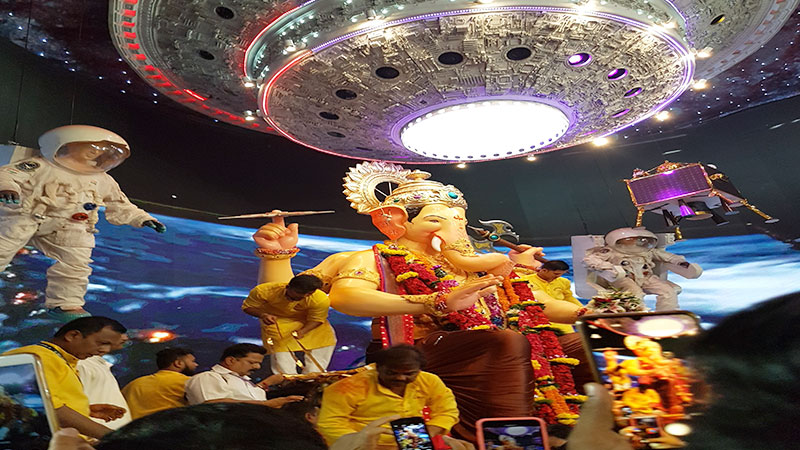 This one is the most popular and maximum visited Ganesh idol in Mumbai. The Ganesh Statue of Lalbaugcha Raja is comprised of a wonderful design that is patent protected. Located in Lalbaug Market of Central Mumbai, the idol garners huge media attention and almost 20 hours of time is taken in getting the glimpse of this. The idol draws an average of 1.5 million viewers daily as people simply believe that this Ganesh idol fulfills their wishes. There is a palatial theme while idol's throne is shaped like a huge owl. The idol's hands, stalk, and crown are decorated with gold. The idol is also decorated with a gold necklace, thread and ring. In year 2019, Lalbaugcha Raja is based on Chandrayan theme. 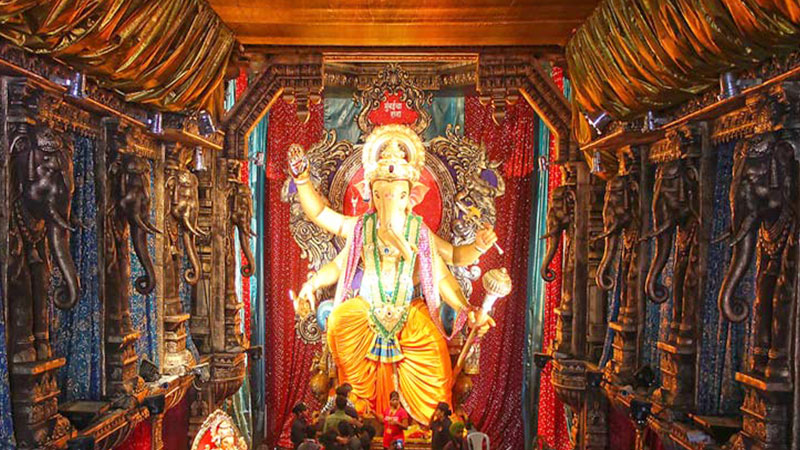 The Mumbaicha Raja of Ganesh Galli (Lane) is situated only few lanes away from the Lalbaugcha Raja and is also very popular. This idol also pulls great crowds every year. This mandal is recognized for its sumptuous new themes every year, which is often the replica of a well-known place in India. This mandal is promoting eco-friendly Ganeshotsav by creating natural idol of Lord Ganesha that doesn’t create any disturbance for environment. 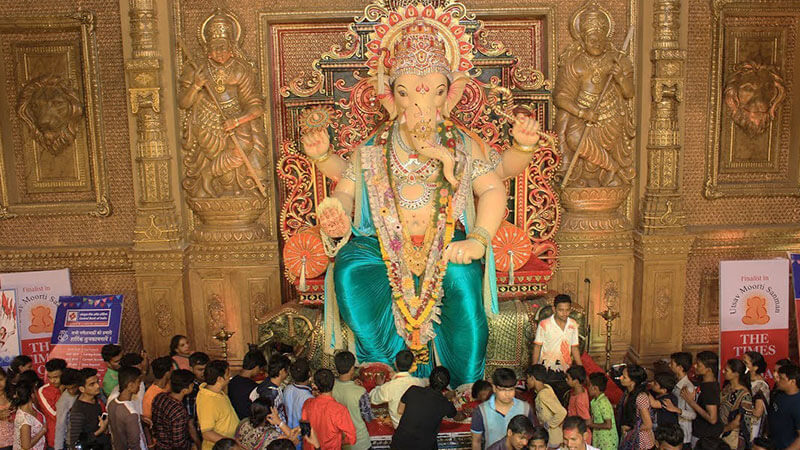 This award-winning Khetwadi Ganraj is supposed to be one among the most stunning Ganesh idols of Mumbai. This mandal was formed in 1959. The group came into limelight after 2000 on making the highest Ganesh idol in the history of India, which is 40 feet huge. One of the greatest appeals of the idol of Khetwadi Cha Ganraj is that there is a Ganesh idol in almost every lane of the area. In year 2018, Khetawadi Cha Ganraj Aagman Sohala date was 1st September. 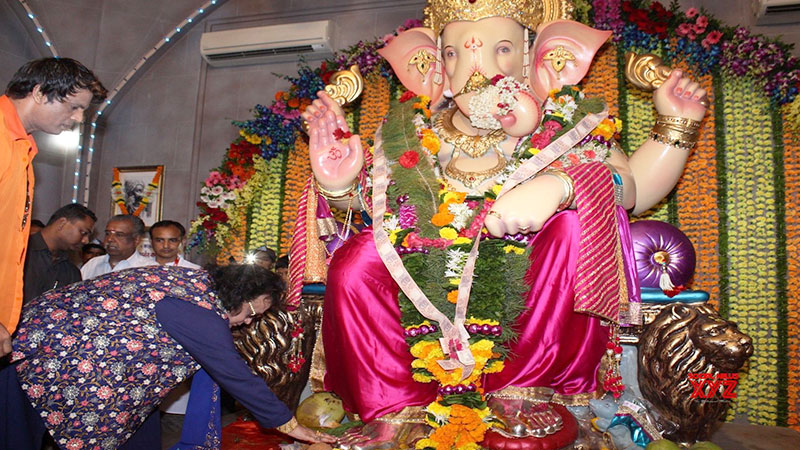 Andhericha Raja has the same importance for the Mumbai suburbs what the Lalbaugcha Raja has for South Mumbai. The mandal was formed by the workers of three eminent companies in the year 1966. The idol of this mandal is not so huge but enjoys a reputation of fulfilling wishes. Every year, this mandal has different themes for their pandal. The theme of Andheri Cha Raja mandal 2018 will be of Shree Chintamani Temple, Theur. It is one of largest and most famous temples of Ashtavinayak trail. 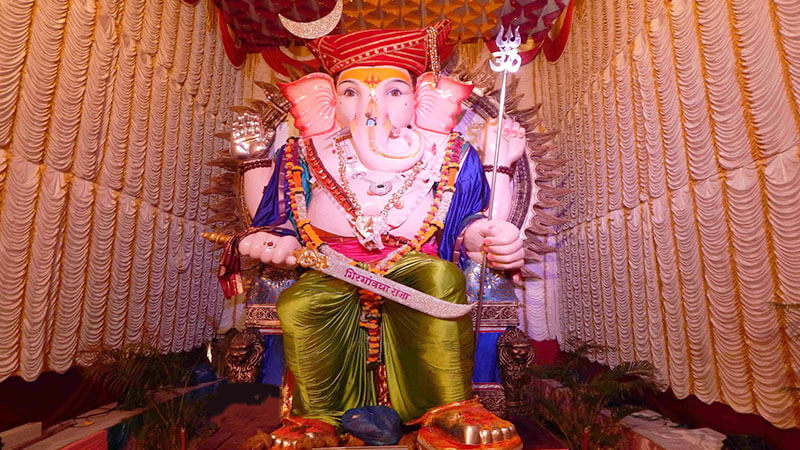 Located at Charni Road Railway Station, Girgaon Cha Raja is one of the most popular Ganesh Mandals of Mumbai city. It is famous as Girgaoncha Raja Ganpati that was founded by Ramchandra Tendulkar in 1938. The Ganesh idol of this mandal is eco-friendly and made of Shadu clay. The height of this year’s Ganesh idol is going to be 25 feet. 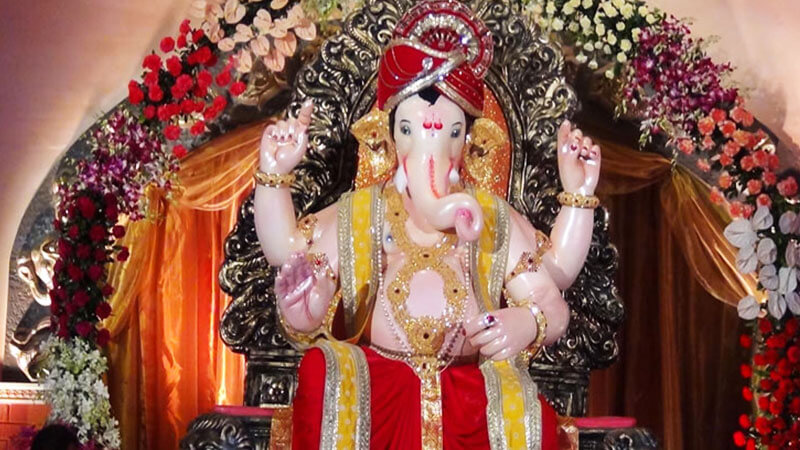 Sahyadri Krida Mandal is another popular Ganesh mandal in Mumbai that is known for their unique decorations and themes on every Ganpati. The Ganpati mandal has a beautiful ambiance and comprised of a splendid pandal. The theme of Sahyadri Krida Mandal 2018 is not yet revealed but last year, it beautifully portrayed Ganga Ghats adorned with earthen lamps. 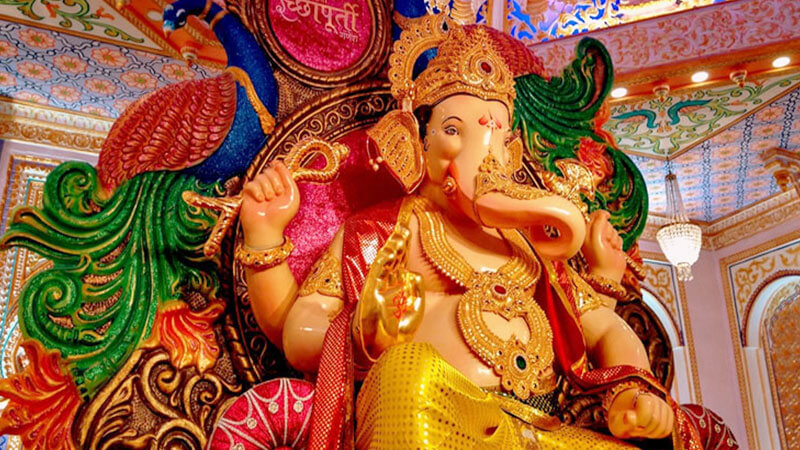 Not very popular like other Ganesh Mandals in Mumbai, Jolly Boys Sarvajanik Ganesh Mandal also features a beautiful Ganpati idol with amazing décor. The mandal celebrates the festival with equal grandeur and comes with different themes every year. A lot of devotees visit the pandal on the holy occasion of Ganesh Chaturthi. 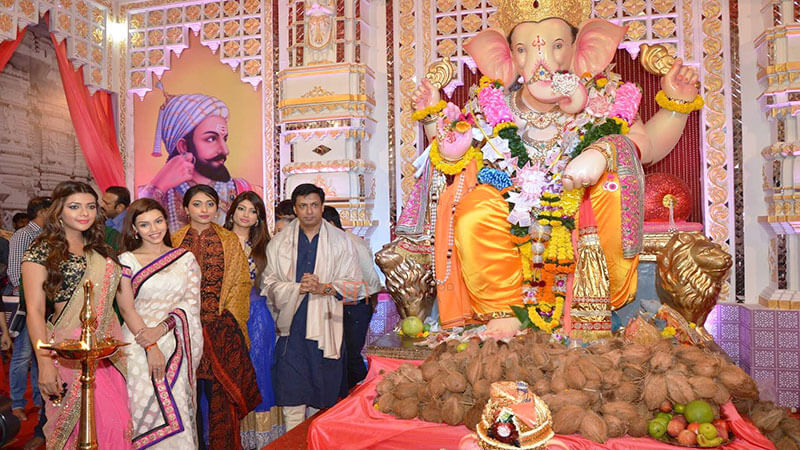 Bhandarkar Cha Raja is another popular Ganesh mandal of Mumbai that is famous for providing food to more than 20,000 people throughout the festival. The Ganesh mandal of Bhandarkar Road Sarvajanik Seva Samiti celebrates the Ganesh Chaturthi on grand scale in the most amazing way. 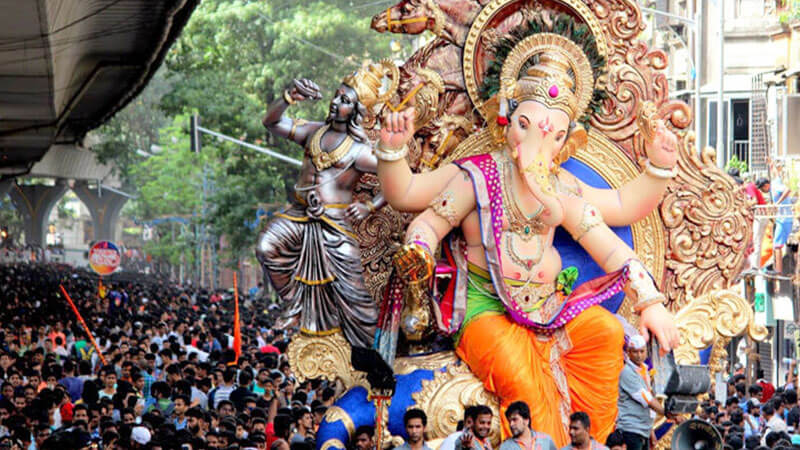 Popularly known as Chinchpokli Cha Chintamani, Chinchpokli Cha Raja features huge idol of Lord Ganesha and its pandal is decorated amazingly. Around 60% of the money collected by the mandal is spent on social services initiatives throughout the year.

Ganesh Chaturthi is the grandest celebrations in Mumbai that makes the people get indulge into fun and enthusiasm. If you get a chance, you should definitely go for enjoying holiday in Mumbai on Ganesh Chaturthi.