Christianity was introduced in India by St. Thomas all the way back in 52 AD.  St. Thomas was one of the apostles of Jesus Christ that came to India first through the Malabar region to spread the word of God and the good news of the Bible. Inspired by the teachings of the Bible, the local people converted themselves and started following Christianity as a religion. Over the years, India was ruled by the English, Dutch, French, and Portuguese who were majorly followed the Christian faith, and this was reflected in the churches being built and having their influence on the style and architecture. This article includes the biggest and the most beautiful churches in India that you should definitely visit on your holiday, or religious expedition. 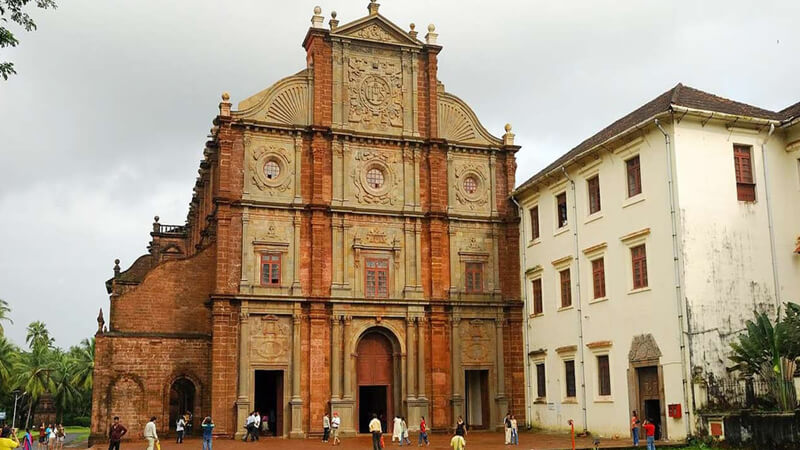 Basilica of Bom Jesus is a 300-year-old church and is one of the famous churches in India.  Holding the mortal remains of St Francis Xavier, the architecture of the church has a great Portuguese influence. Now considered as a UNESCO world heritage site, the interiors of the church are made with precious stones, gold work on the altar, and marble floors. The Basilica also has an art gallery that showcases different stories from the Bible. 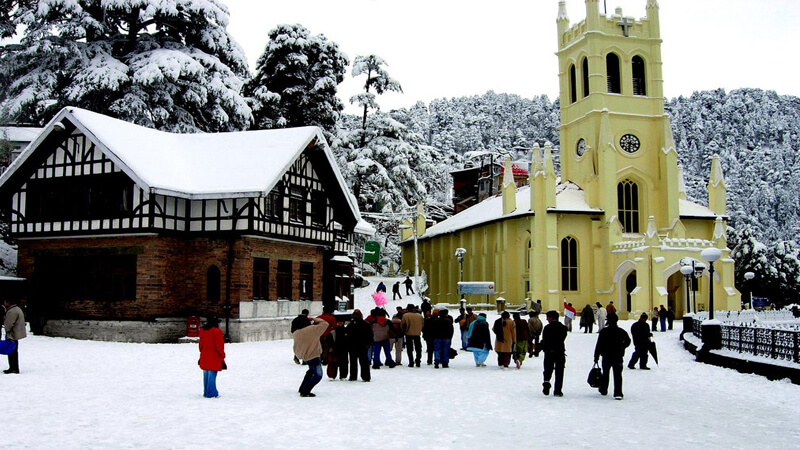 Built in 1857, Christ Church is located in the centre town of Shimla. Made in a Neo-gothic style, Christ Church is said to be the second oldest church in India. The church has 5 stained glass windows, each of which represents the virtues of Christianity which are faith, hope, humility, patience, and charity. 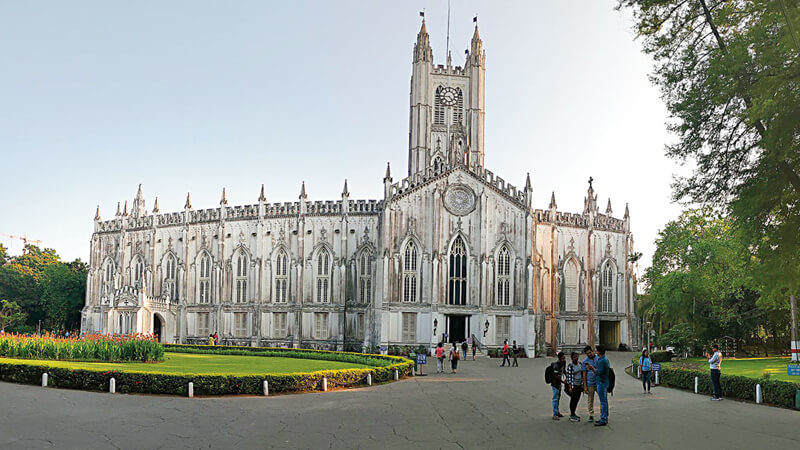 St. Paul’s Cathedral is the first Episcopal Church in Asia built in the year 1847.  Known for its Gothic architecture, the church is dedicated to Paul the apostle who was travelling around to spread the word of Jesus Christ. The church is famously known for its frescoes and canvases that bring together the word of god. 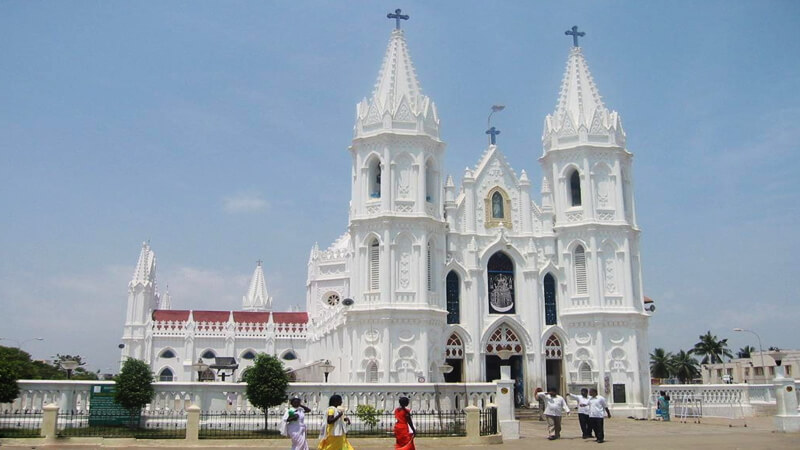 Located in the Velankanni town in Tamil Nadu, Velankanni Chruch is a Catholic church developed in the 16th century. Considered as the greatest Catholic church, here you can see Mother Mary draped in a beautiful saree.  Worshipers are seen offering candles for their illness to be cured as the basilica is dedicated to the “Lady of Health” and is also called Our Lady of Good Health or Our Lady of Velankanni. 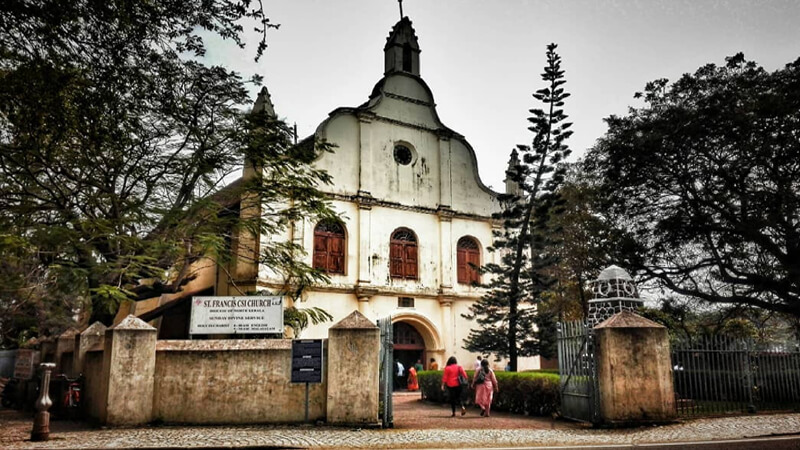 Considered as one of the oldest European churches in India. St Francis church is located in Fort Kochi in Kerala. Built-in the year 1524, the church has a lot of Indian and European history attached to it. The place at one time had the mortal remains of the explorer Vasco da Gama buried. But 14 years later, his remaining parts were sent back to Portugal. Till today, travellers from all across the world come to see the tombstone of the explorer. 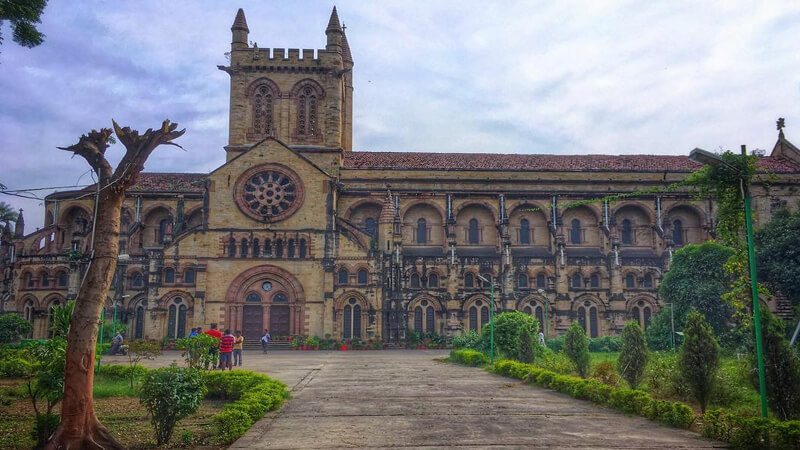 All Saints Cathedral is an Anglican cathedral built by the British during their rule in India. The total length of the church is 240 feet which stands as a distinguished architecture built at least 125 years before. The church has a lot of British influence and can accommodate up to 400 people inside. The lantern tower in the church is an ode to Queen Victoria. 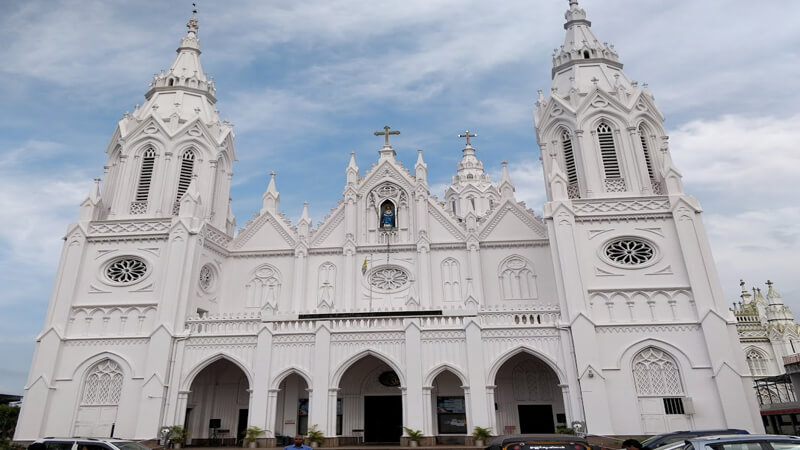 The third tallest church in Asia, Our lady of Dolours Basilica is a minor basilica dedicated to the Syro Malabar Catholic Church. Situated within an area of 25,000 square feet, the church boasts fine specimens of images and murals of saints. 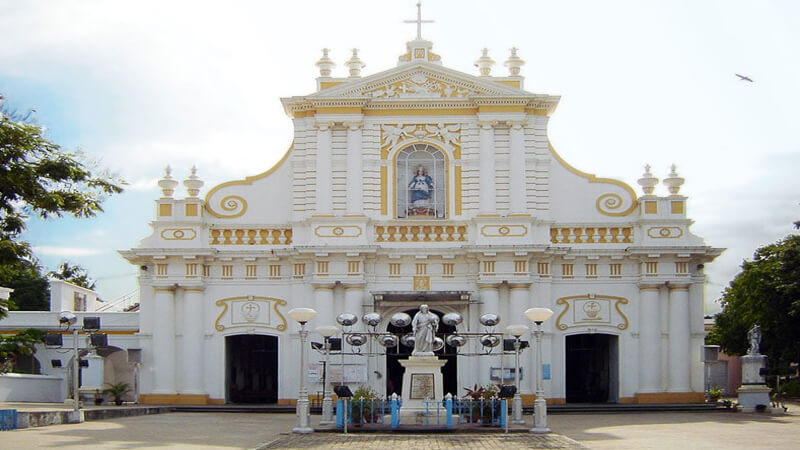 Immaculate Conception Cathedral built in 179,  is a depiction of the French architecture in India.  At the entrance of the church, you can see a statue of Our Lady with infant Jesus in her arms. The interiors have 8-barrel vaults and a central dome with 8 circular openings. Having a stunning décor, the church as a beautiful and a mesmerising setup where worshipers can sit and pray or even sit to find peace.

The above list of churches gives you a deep history of how the churches in India originated and what was the influence behind it. Most of the churches are open to people of all communities to come, worship and pray or even sit and explore the history behind the church. On your visit to any of these churches, you will surely find peace and tranquillity. So next time you are in any of these places, do check out these beautiful churches and be prepared to be mesmerized. For the best offers on your travel, check out EaseMyTrip to get the best deals your hotel bookings.